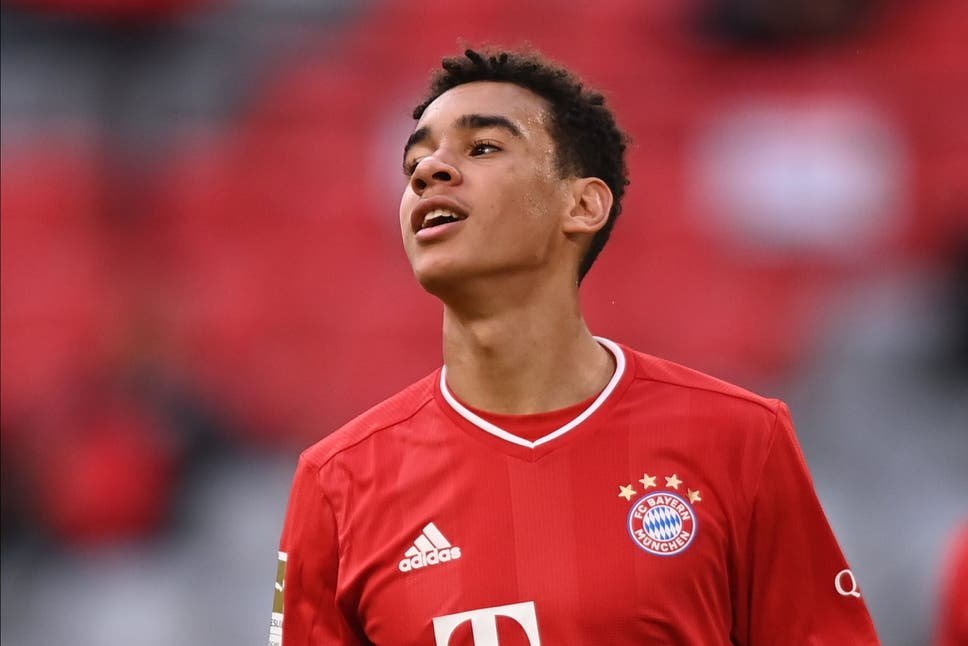 The wonderkid could also play for African country Nigeria.

The 17-year-old became the youngest English scorer in the history of the UEFA Champions League beating Alex Oxlade-Chamberlain’s record, as he netted in Bayern’s 4 1 win victory over Lazio.

He also became the youngest player to score in the European competition for the Bavarians.

The Stuttgart-born forward also became the second-youngest player to score in the knock-out round, after Bojan Krcic who found the back of the net for Barcelona in their quarter-finals match against FC Schalke in 2007/08 at 17 years and 127 days.

17-year-old Musiala who turns 18 on Friday has represented both Germany and England at youth levels.

Talking to The Athletic concerning his international career, the youngster said, “What is best for my future? Where do I have more chances to play?

“In the end, I just listened to the feeling that over a long period of time kept telling me that it was the right decision to play for Germany, the land I was born in. Still, it wasn’t an easy decision for me.”

“It is difficult to find words for what England means for me because I have so many memories connected to very positive emotions.”

Former England international Owen Hargreaves, who also played for Bayern Munich at a club career level had said coach Gareth Southgate should include Musiala in his national squad against San Marino, Albania and Poland next month, prior to Musiala choosing Germany over the Three Lions.

“Bayern have world-class players in every position so for him to come in and play is truly remarkable,” former Manchester City midfielder Hargreaves told BT Sport.

“He is a special player, can play off either wing and is best as a number 10 – really athletic, looking to run at defenders, he has great composure, absolutely fabulous and I am delighted he started.

“For special players you make special decisions. I would love to see him in an England shirt but it shows what level he is at if countries like England and Germany are competing for him at 17 years old.”

Bayern have already tied Musiala on a bumper contract at the Allaina Arena as a sign of faith in the teenager.