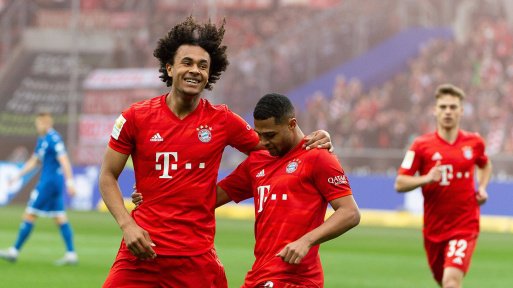 The January transfer window is in the latter stages with only four days before it is shut.

However, the Serie A giants believe they can broker a deal before time runs out.

Juventus manager Andrea Pirlo is looking to reinforce his squad with two more players to challenge for the Serie A title.

France international Tolisso is an important player in the midfield for manager Hansi Flick when his starting duo of Leon Goretzka and Joshua Kimmich is unavailable.

The Frenchman actually turned down a deal from the Old Lady to join the Bundesliga giants in summer 2017 from France outfits Olympic Lyonnaise.

A loan move for the 26-year-old midfielder to Italy is quite unlikely as Bayern look to maintain their competitive momentum in the domestic league and Champions League competition.

Tolisso is one of Flick’s most used substitute in the middle of the park and his switch to the Italian league seems almost impossible.

Tolisso is also on his last 18 months of his contract and should they loan him, he would most likely leave on a free in the next window.

On the other hand, a move for Zirkzee to the Bianconeri could be a possibility.

The Dutch international is mulling a move from Allianz Arena in search of more game time.

At the moment, the Die Roten have Robert Lewandowski and Thomas Mueller leading the attack who are established and proven finishers up top.

A move to Juventus could, however, see him sit behind Cristiano Ronaldo, Alvaro Morata and Paulo Dybala.

It would be a mountain for the 19-year-old to fight for a place in the attacking department but could fancy a few chances.

Premier League side Everton are said to be interested in the young star with Parma also sniffing around him.

As for Parma, their offer would suit the 1.93m-tall forward as they guarantee him a starting spot in the first-team.

He could revive his career before going back to his parent club and be a worthy contender for a spot in the Bavarian squad.

Currently, Juventus are seven points off the Italian Serie A table and winning their 10 domestic league title would be a battle.