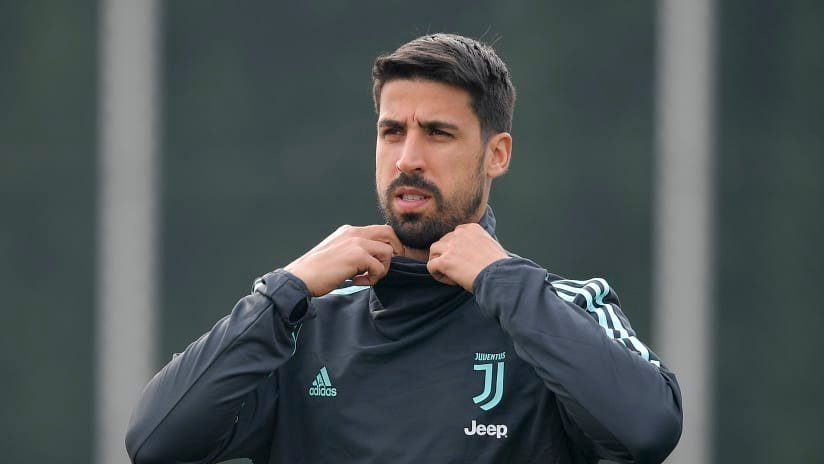 Sami Khedira is eying a move to England after falling out of favour in Italy with Juventus.

The Germany international last played for the Old Lady in June and coach Andrea Pirlo has kept him out of action.

The 33-year-old earns a weekly salary of £184,000 per week and the club is looking to offload him to save on money.

The 2014 World Cup winner is optimistic of a move to the Premier League to experience some top-flight football action.

Everton are said to be interested in the midfielder’s services and coach Carlo Ancelotti could reunite with the player he managed at Real Madrid.

Serie A champions Juventus have an array of midfielders that pose competition for a game-time that has left Khedira on the receiving end.

However, the Turin-based club has been linked with other midfielders including Manchester United’s Paul Pogba.

The rumours confirm that Khedira’s playing days in Italy are numbered and he is a surplus to the team.

Khedira’s contract runs out in the summer and in spite of training with the squad, he has not featured for the Bianconeri this season.

Since joining Juventus from the Galacticos back in 2015 for free, the former VfB Stuttgart player has won five Serie A titles with the club.

Speaking to media outlet Athletic, Khedira said,  “The Premier League is still missing in my collection, to play there would be the icing on the cake. I’ve done extra sessions with fitness coaches to get myself ready for the pace and intensity.”

He is also a huge admirer of Tottenham Hotspur boss Jose Mourinho who has managed him during his tenure at Real Madrid.

He added that “If you don’t perform, you’ll get it in the neck. But you understand that’s because he values you as a player. That’s how I’ve become the player and the person I am today.

“It’s only when he stops talking to you that you need to worry, by the way. Then you need to watch out. I’m so pleased that he’s doing so well at Spurs.”