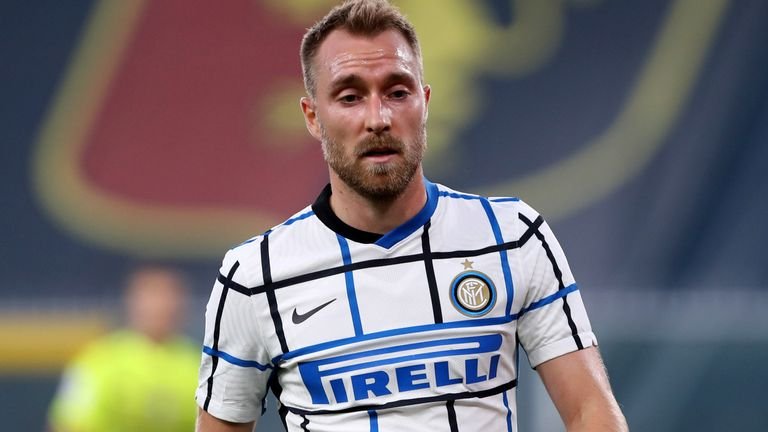 Danish playmaker Christian Eriksen has requested to leave Inter Milan after his move to the Serie A club has not worked out.

Inter Milan CEO Giuseppe Marotta is open to offloading unsettled Eriksen to grant the request of the player and generate revenue.

“We must never hold back a player who asks to be transferred,” he said, confirming Eriksen’s desire to quit the club.

The former Ajax man is looking to exit the club next transfer window and has been linked with plenty of European clubs.

Tottenham Hotspur were said to be interested in re-signing the star-man who played for the Premier League club for seven seasons, registering 89 assists and scoring 62 goals.

Since his move to Inter, the central midfielder has failed to replicate the exemplary form he displayed in England.

“It wasn’t what I had dreamed of,” said Eriksen.

“People would like to see me play and I would like to do the same, but the coach has different ideas and I have to respect them,” he added.

The 28-year-old has fallen out of favour with manager Antonio Conte, whose also the style of play has not accommodated the Denmark international.

The former Chelsea coach has added that he will not change his tactics to give the Dane more playtime.

“Eriksen has an important role and style of play, both on the left and the right.

“If you take that away and play him deeper in front of the defence you run the risk of distorting the player. It’s a technical decision.”

Unlike his Premier League ‘rejects’ like Romelu Lukaku, Ashley Young and Alexis Sanchez who are doing big for Inter, Eriksen’s performance has been subpar.