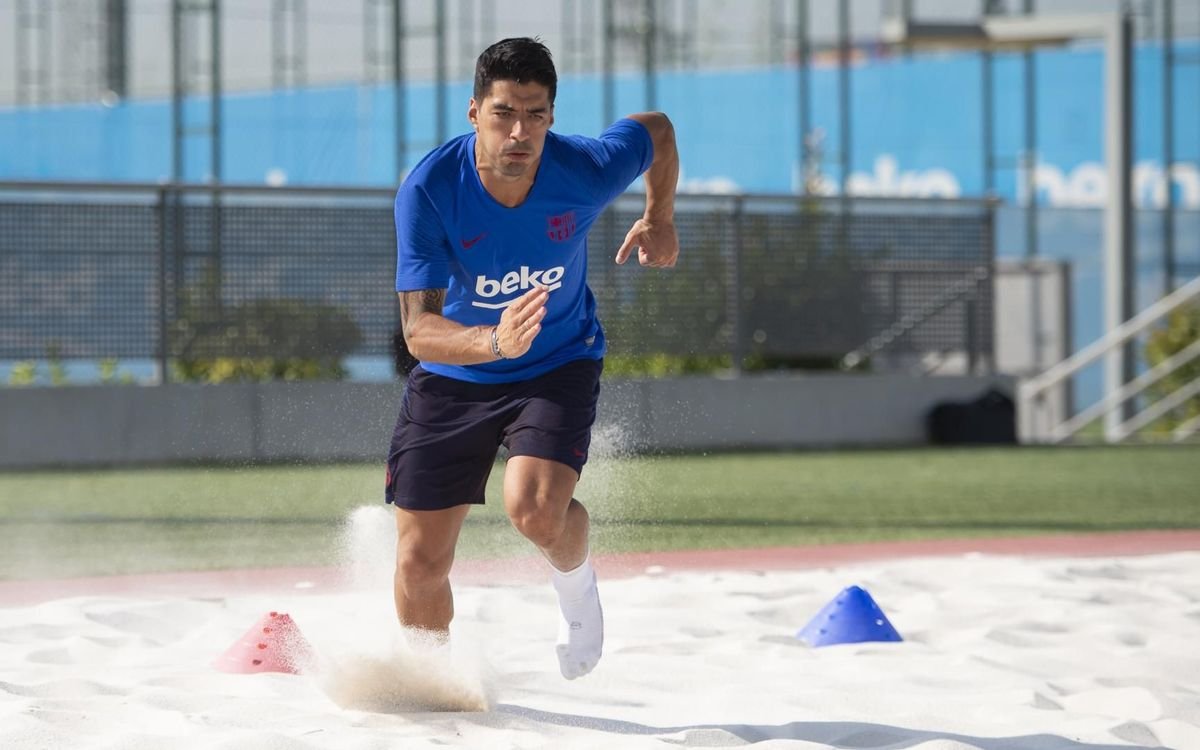 Luis Suarez has made a return to FC Barcelona training ground after he was told he needs to work ‘alone’.

The Uruguayan international who has been heavily linked with a move to Juventus was later on joined by former Liverpool teammate Philippe Coutinho and captain Lionel Messi.

33-year-old Suarez is set for a departure to the Italian giants as the new manager at the helm Ronald Koeman sees him as surplus.

The prolific striker who has enjoyed a six-year stint at the club is set to join the Serie A club before the transfer window shuts.

Barcelona are looking to balance the books by offloading the former Liverpool keyman having already signed Portuguese wonderkid Francisco Trincao.

The 20-year-old who started his career with Braga B, being promoted to the first team in 2018 is a versatile forward and can offer more attacking options for the Catalans.

The La Liga club had looked to offload France Wolrd Cup winner Antoine Griezmann back to his former club Atletico Madrid in a swap deal.

However, the Madrid club could not agree to swap their future star, Joao Felix, for the 29-year-old, who has failed to impress at Camp Nou.

Suarez would strengthen the attacking options for the Bianconeri alongside Cristiano Ronaldo and Paulo Dybala.

His work-rate would be a key trait that would improve Juventus’ game.