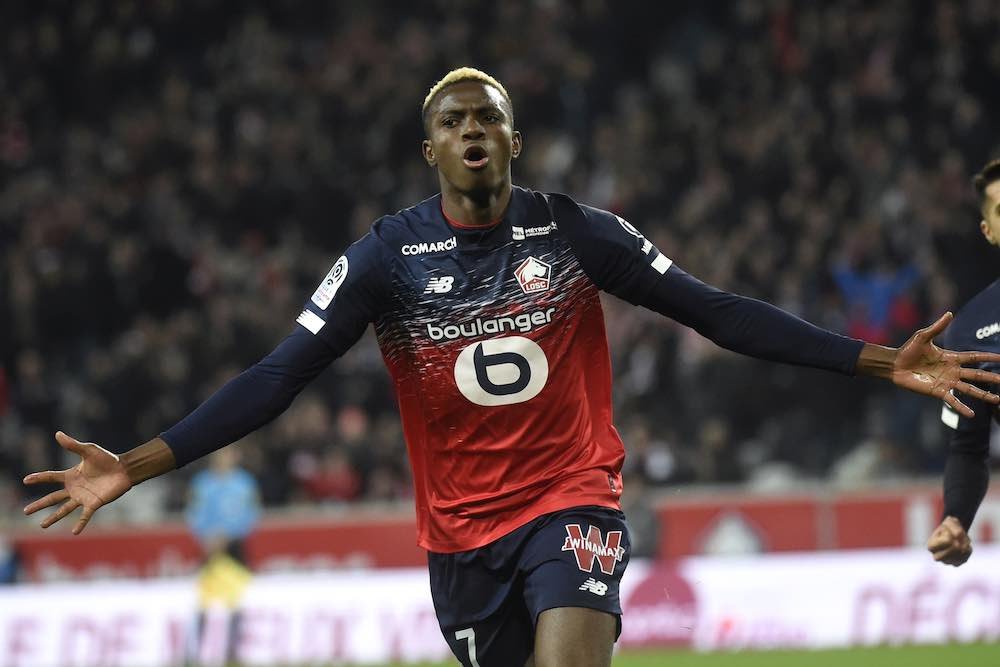 Nigeria is one of the powerhouses in African football. The West African nation has produced one of the best and brightest talents on the continent.

The most-talented and skilful players have had a chance to play in Europe with some of the elite footballers in the popular sport.

Victor Osimhen takes the centre stage as the most expensive Nigerian footballer in modern-day football. Italian outfit Napoli bought the forward from French club Lille for 81.3 million euros at the beginning of the 2019/20 season.

Super Eagles’ winger Alex Iwobi comes in second with a 44 million euros price tag, following his move from Arsenal to Everton also at the onset of 2019/20 season of the English Premier League.

Third on the list is another bright talent Kelechi Iheanacho. The Nigerian had flashes of brilliancy in Manchester City until Leicester City cashed in 27 million euros in 2017.

Following an impressive loan spell at Bundesliga club RB Leipzig in the 2018/19 season, the German outfit made a permanent move for Ademola Lookman paying 24 million euros to Everton.

Chelsea paid 20 million euros to secure the services of midfield maestro John Obi Mikel in 2006, who comes sixth. At the moment, Mikel was playing for Lyn Oslo.

He went on to become a success in the Premier League with over 249 appearances for the London club.