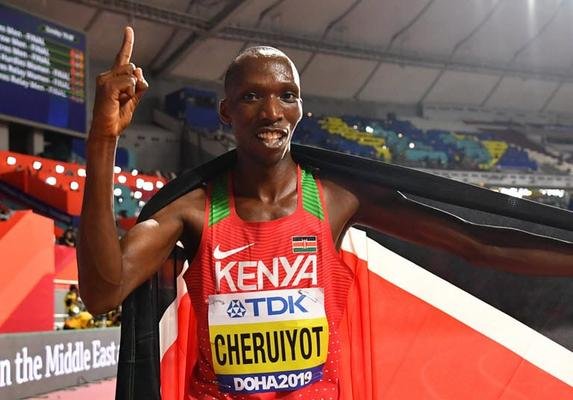 Following a somewhat unexpected loss to Norway’s Ingebrigtsen brothers in the cross-continent 2000m race at the Impossible Games last week, team Kenya have challenged their European counterparts to a rematch.

The race on June 11 was held in Oslo, where Jakob, Filip, and Henrik raced, and in Nairobi, where Timothy Cheruiyot, Elijah Manangoi, and Ed Melly competed.

Jakob Ingebrigtsen won in a European record of 4:50.01 with his two brothers also finishing comfortably inside five minutes.

Cheruiyot, meanwhile, was the fastest of the Kenyan quintet, but his time of 5:03.05 was some way adrift of the winning mark.

In an ordinary scenario, the Kenyan world and Diamond League 1500m champion Cheruiyot would have been the favorite, given he has won 22 of his 25 races since the start of 2018.

The first three finishers on each team counted towards the scoring, meaning the other team members could be utilized as pacemakers or simply as additional opponents.

The difference in conditions, however, between the two locations was stark.

Not only is Nairobi at 1795m altitude, which has a significant effect on endurance events, but there was also heavy rain in the Kenyan capital. Oslo, meanwhile, was blessed with near-perfect conditions.

“We want to invite them for training in Kenya and to compete at the Continental Tour meeting (in Nairobi on September 26),” said Cheruiyot, who congratulated the Ingebrigstens on their victory.

“It would be nice if they came and experienced the altitude and weather in Nairobi.”

Manangoi, the 2017 world champion, is also keen to run with the Norwegian family.

“We would like to face them in Nairobi and I take this opportunity to invite them for the Continental Tour,” he said.