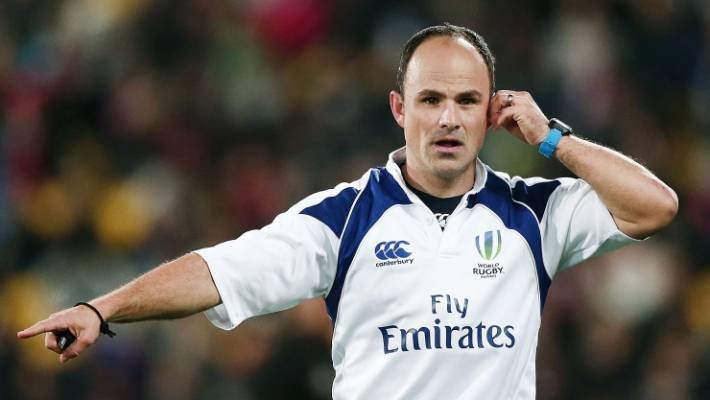 Life in lockdown has been a fine balancing act for top referee Jaco Peyper, who has been splitting his time between an array of video conferences, family responsibilities, training and tasks in and around his house.

As the most experienced referee on SA Rugby’s National Panel, Peyper – who recently improved the Super Rugby record to 111 matches with the whistle – is used to spending weeks at a time away from home, and while he admits that the last few weeks have not been what he is used to, he has enjoyed the time with his family.

But, similarly to his refereeing colleagues, players, coaches and many others in the wider rugby fraternity, Peyper admits that he misses the sport.

“It is weird spending this much time at home, but between work and training it has been special to spend time with my family,” Peyper, who has also refereed in 51 Tests and four Currie Cup finals, told www.springboks.rugby.

“I have two young children of three and seven years old and they have been keeping me very busy. Having said that though, I think my family will reach a point when they want life to return to normal because they know I need rugby,” he quipped.

With video analysis being a crucial part of refereeing, the adjustment from time on the field to online conferencing has been easy for Peyper, who has been spreading his days between the SA Rugby, World Rugby and Super Rugby referee panels.

“When we are in competition mode we switch from game preparation to execution and then review from one week to another, but now that we are in lockdown there is more time to focus on the Laws of the Game and the interpretation thereof, which is essentially the foundation of rugby,” Peyper said.

“The knowledge-sharing with the up-and-coming referees has also been great because they need to be ready to make the step-up when we are no longer here.”

Peyper has been enjoying his training during lockdown although he admits with ample space and a Wattbike, he is luckier than most.

“One of the big positives in terms of our training is that each referee has received a custom-made training programme to suit our surroundings at home, so I feel fit and healthy,” said Peyper.

“I never thought that I would be able to train in an area of 10 metres by five metres and wake up the next morning feeling as though I refereed a game.

“In the Free State we are blessed to have more space than most provinces in South Africa, so I have a nice spacious patch in front of my house, as well as a Wattbike, which has been great for my training.”

Peyper said the referees have also created some fun around their training routines with a boot-camp challenge, which has been the source of good banter between them.

“We have a challenge among us to see who can do the most repetitions in certain circuits in 15 minutes, and so far AJ Jacobs has been tough to beat – it has been a lot of fun,” he said.

On the home front, Peyper has been spending time with the children, participating in family fun challenges and doing home DIY (Do IT Yourself).

“I haven’t been home for Easter in several years because I am usually in Australasia this time of the year, so it was good to experience that with my family again,” he said.

“We also have a few family fun challenges with our extended family, and outside of that I have been doing some gardening, which I really enjoy, and a few things around the house.

“With lockdown forcing us to do things ourselves, I have surprised myself with DIY skills I didn’t know I had, so I have learned a few new things as well.”