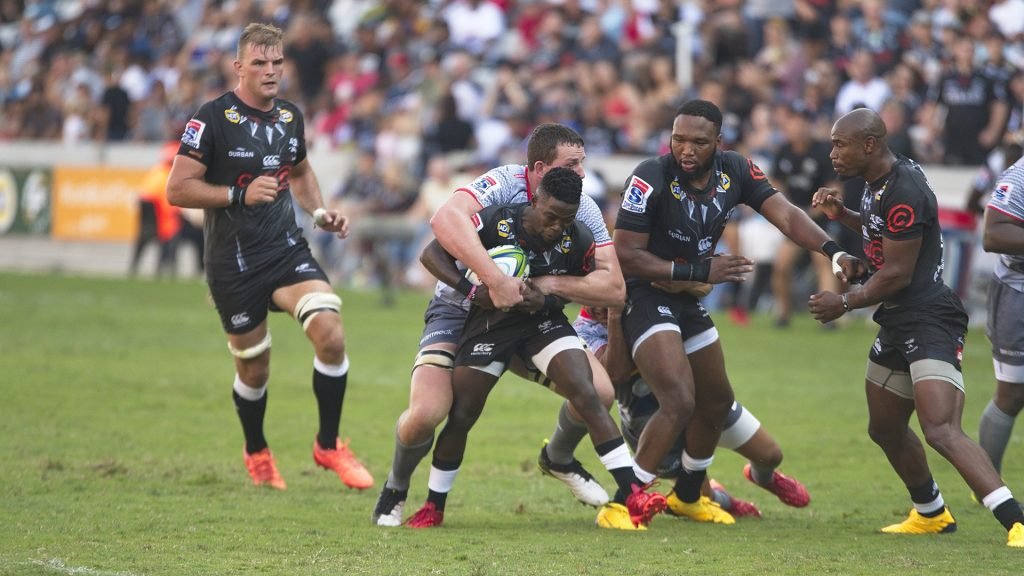 The Sharks consolidated their position as the South African Conference log-leaders with a hard-fought 24-14 win over the Stormers in Durban on Saturday after leading 10-7 at the break.

Although the teams shared the eventual two-all try count, the prolific boot Sharks flyhalf Curwin Bosch was a significant factor in the end after a match-winning contribution of 14 points, via a conversion, a drop goal and three penalties.

This SA derby was the last Super Rugby match in South Africa for the foreseeable future after Sanzaar (South Africa, New Zealand, Australia and Argentina Rugby) announced earlier on Saturday that the competition had been suspended. The statement did not say when the competition will be resumed.

There was drama in the opening minute when Stormers flank Johan du Toit crashed into airborne Louis Schreuder, the Sharks scrumhalf, who had fielded the kick-off ball. After several looks at replays, South African referee AJ Jacobs decided it was a yellow-card offence rather than a red card. As a result, Du Toit was sin-binned.

Sanele Nohamba replaced Schreuder at the base of the Sharks’ scrum.

Despite being depleted the Stormers held their own and even managed a scrum penalty after centre Jamie Roberts moved in to pack down on the side of the scrum.

In the opening 20 minutes, the Sharks managed a decided possession advantage of around 67% but were unable to capitalise as a result of handling errors and stout defence by the opposition.

The Sharks, however, showed far more initiative and played the game at a faster pace but failed to make the breakthrough.

The breakthrough came in the 25th minute when Sharks flyhalf Curwin Bosch produced a deft pass which fullback Aphelele Fassi snapped up and streaked through the narrowest of gaps in the Stormers’ backline for the opening try. Bosch added the conversion (7-0).

The lead was short-lived after a Bosch upfield kick was caught by Stormers No 8 Juarno Augustus who set off on a telling run before feeding rightwing Dillyn Leyds. He drew the defence before spinning out a scoring pass to scrumhalf Herschel Jantjies. Fullback Damian Willemse converted, and scores were level in the 28th minute.

The Sharks continued to dominate and enjoyed a deserving 10-7 halftime lead after Bosch landed a drop goal in the dying minutes of the opening stanza.

Five minutes into the second half Bosch was on target with a penalty to give the Sharks 13-7 lead.

The Stormers defence was severely tested in the ensuing minutes and much against the run of play they took the lead on the hour mark with a converted try. Augustus was again at the heart of this score after he broke the Sharks’ line and sent substitute scrumhalf Paul de Wet away.

Willemse’s conversion gave the visiting Stormers the lead for the first time in the match (14-13).

Augustus, despite finishing up on the losing side, he was later named ‘Man of the Match’.

Bosch reclaimed the lead for the Sharks 12 minutes from the end with a long-range penalty which only just carried over the crossbar (16-14).

Seven minutes from the end, Stormers kingpin prop Steven Kitshoff left the field injured and moments later the Sharks won a scrum penalty which Bosch steered through the posts for a five-point lead (19-14).

As it turned out, it was a matchwinning lead and leftwing Makazole Mapimpi crowned the home team’s efforts with a try in the final minute of the match (24-14).