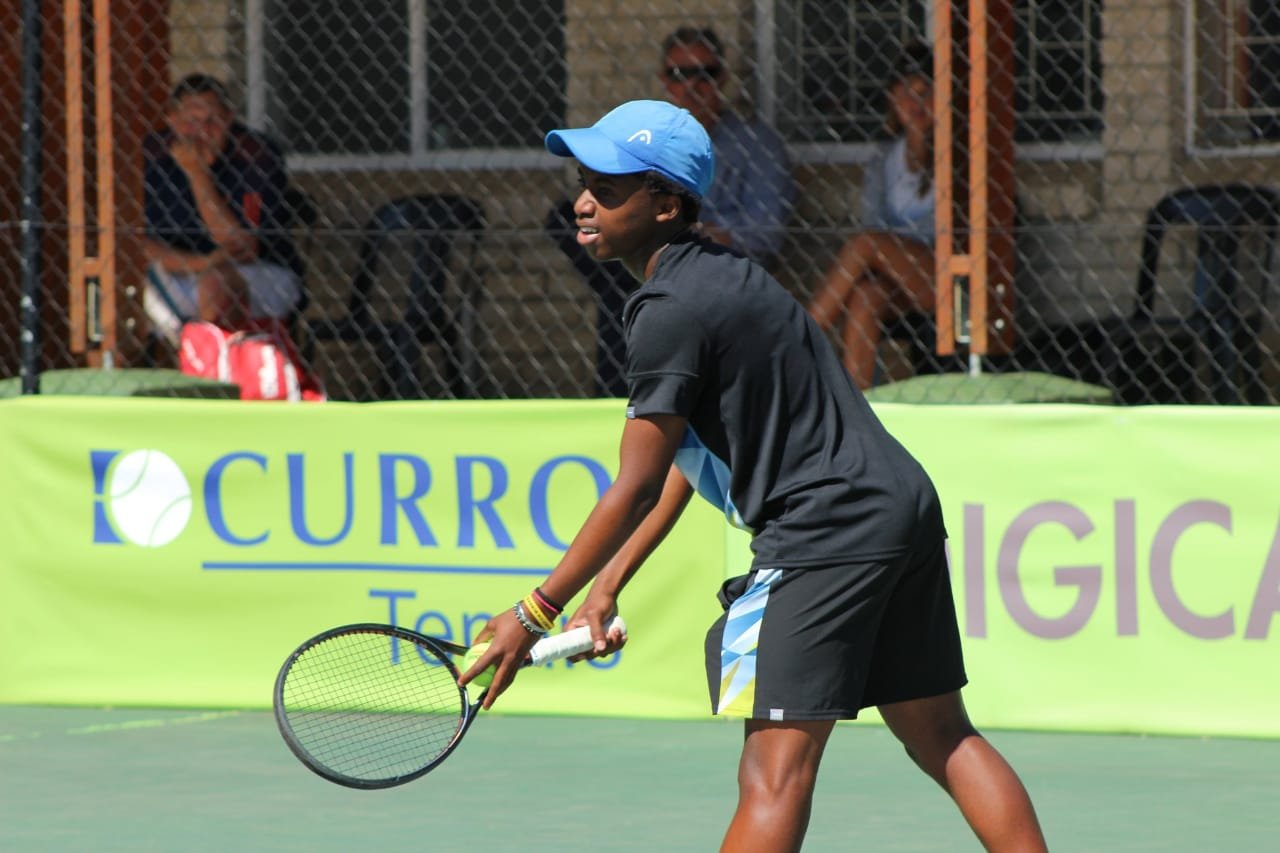 Kholo Montsi, 17, is following in the trailblazing footsteps of his elder brother Sipho who was also selected for the South African Davis Cup team as a junior.

The record will show that both Montsi brothers were first called up for Davis Cup duty as 17-year-olds. Kholo Montsi is presently in Bosnia and Herzegovina where he arrived on Friday, ahead of South Africa’s Davis Cup tie next weekend.

“To be part of the Davis Cup team at the age of 17 years is something special,” said Montsi, speaking from Zenica, which is situated 70kms north of the country’s capital Sarajevo.

“Looking back, my brother was capped as a 17-year-old for the Davis Cup in the same month (March) and it’s cool that the Montsi brothers have made that achievement.

“I have always looked up to my brother and have learnt so much from him.”

Montsi is in his final year of junior tennis and has already reached the lofty heights of a World junior No 12 ranking.

“My dream this year will be to win a slam (grand slam) and to end the year as the world junior No 1.

“The ITF (International Tennis Federation) and Grand Slam Development Fund has been a huge help over the last year and hopefully over the rest of the year I will have an opportunity to play high-profile tournaments.”

The Grand Slam Development Fund and ITF Junior Player Grants have played a major role to develop talented players, particularly those from under-resourced nations. It offers financial support to competition-related costs and ensures that talented players are exposed to the biggest junior events.

Although it will be his first experience as a team member at Davis Cup, Montsi was a member of Team South Africa at the recent inaugural ATP Cup in Australia.

“It was special being part of the team at the ATP Cup. I learnt so much in the 10 days I spent with the team,” said Montsi.

“It was a dream come true. It gave me a taste of what life could be on the ATP tour because I was surrounded by the pros.

“I tried to learn as much as possible from those around me.

“Now I just want my pro career to start and play Futures (entry-level events for pro tennis) and take what I learnt from my experience there (in Australia).”

Montsi said he was looking forward to being part of the team environment in Bosnia.

“There was a wonderful team environment in Australia and now we’ll all be together again. Everyone was so helpful,” said Montsi.

“I’m ready to enjoy the atmosphere of being part of a team again.

“This time there are fresh challenges including playing on indoor hardcourts.

“Our players don’t often have the chance of playing indoors but it’s something I enjoy because the ball doesn’t bounce that high.”

The Davis Cup squad will be mentored by Marcos Ondruska, the SA team captain. It was Ondruska who first informed Montsi that he was selected.

“It was a pleasant surprise when I received a message from Ondruska. It’s special to be called up for Davis Cup because every tennis kid dreams of playing for their country.

“It’s going to be wonderful to be with Ondruska and I can learn a lot from him.

“Two years ago, I came to know Ondruska because he was the captain of the national team that played in the AJC’s (African Junior Championships).”

It remains to be seen if Montsi will be in action next weekend. Ondruska has yet to decide on his playing line-up although the doubles pairing of Raven Klaasen and Ruan Roelofse is a likely selection.

Lloyd Harris is the No 1 singles player and either Montsi or Roelofse could be handed the No 2 singles slot.

The event starts on Friday (March 6) and ends the next day. The final team composition will be announced on Thursday.