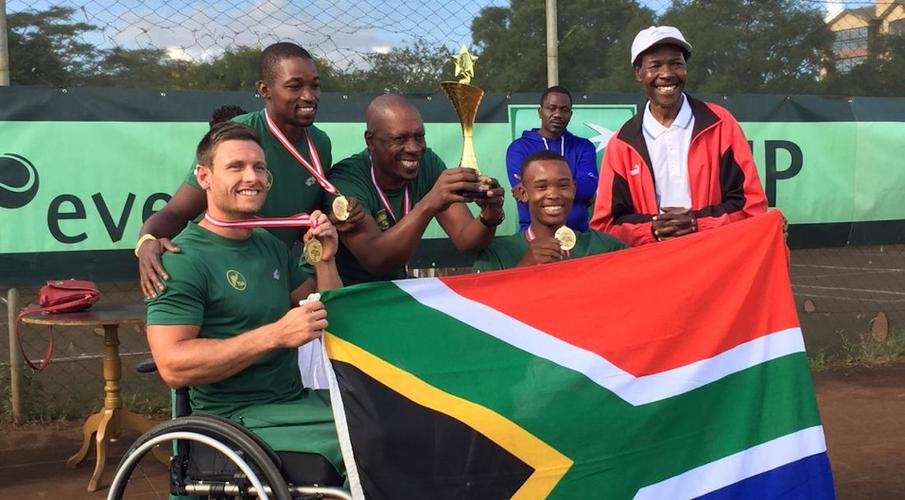 The SA men’s wheelchair tennis team secured their spot in the 2020 World Team Cup finals with a clean sweep victory over Morocco in Nairobi on Sunday.

Twelve teams from eight countries battled it out on the courts of Nairobi Tennis Club, from February 13-16, to vie for a spot in the final of the world’s premier wheelchair tennis team competition. The World Team Cup will be held from May 4 to 10 at the Vilamoura Tennis Academy in Portugal.

The three players had a strong showing, notching back-to-back straight-set wins in all their singles and doubles rubbers against Tanzania, Cameroon and hosts Kenya en-route to the final.

“Evans proved to be a formidable No. 1 for us, and Leon Els simply was dominant at the No. 2 position. Alwande embraced his role all week and was a tremendous asset to our team and has a terrific future. It’s been a great week that should provide great momentum going into the final.

“Congratulations to all the three players for representing their country with pride,” added Selepe.