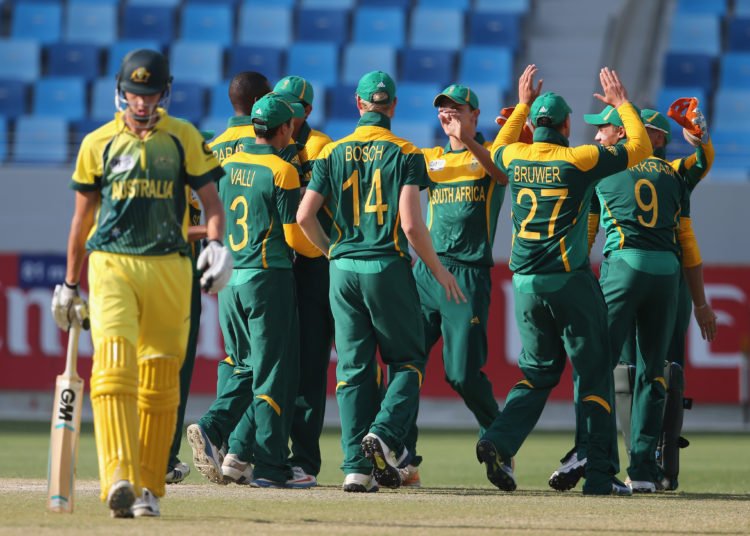 South Africa assistant coach, Chris van Noordwyk, said his side will approach their Under-19 Cricket World Cup group match against Canada as a must-win encounter, in Potchefstroom, on Wednesday.

Following the side’s seven-wicket defeat in the opening game against Afghanistan, the Junior Proteas will most likely have to secure maximum points in the remaining Group D fixtures to finish in the top two spots.

The SA Under-19s will end off the group stages with a contest against the United Arab Emirates (UAE) on Saturday, at the Mangaung Oval in Bloemfontein.

Van Noordwyk pointed out that although the Canadians could prove a tricky opponent, SA will be well-prepared.

“It’s a new game, it’s a new day. We’ve put Afghanistan behind us. We’ve dissected it and we know exactly what we need to do,” Van Noordwyk said.

“Canada is an unknown entity to us but we have gone through the footage and they seem to be top-heavy in their batting and we are going to come at them and neutralise that, it’s as simple as that.”

In their opening match of the World Cup, Canada suffered an eight-wicket loss to the UAE despite impressing with the bat and posting 231/8 before the team from the gulf region had Jonathan Figy to thank, whose unbeaten 102 off 101 balls helped the UAE youngsters chase down the target with 11.2 overs remaining.

“From a bowling point of view, we are going to stick to our KPI’s (Key Performance Index) and make sure we are nice and aggressive against them,” Van Noordwyk said. “We’ll make sure we compete and that they are going to be very uncomfortable for 50 overs.

“For us, every game is a semi-final but again, we have to look after our processes and make sure our team is in a good space; they’re fresh and their minds are clear.

“And that they work towards what we expect from them; the values and the standards that we have set.”

The contest will take place at the JB Marks Oval from 10 am, a ground famous for its quick outfield and high-scoring matches. This is something that the SA Under-19s captain, Bryce Parsons, is relishing.

“It’s really exciting, playing at this ground,” said Parsons. “It is known for being one of the quickest outfields in the country, we don’t have to hit the ball too hard.

“A big outfield with lots of singles and twos, so it’s a high-scoring ground and we need to be aware of that in the field as well. We are extremely excited to play here but the most important thing is to try and get the win.”