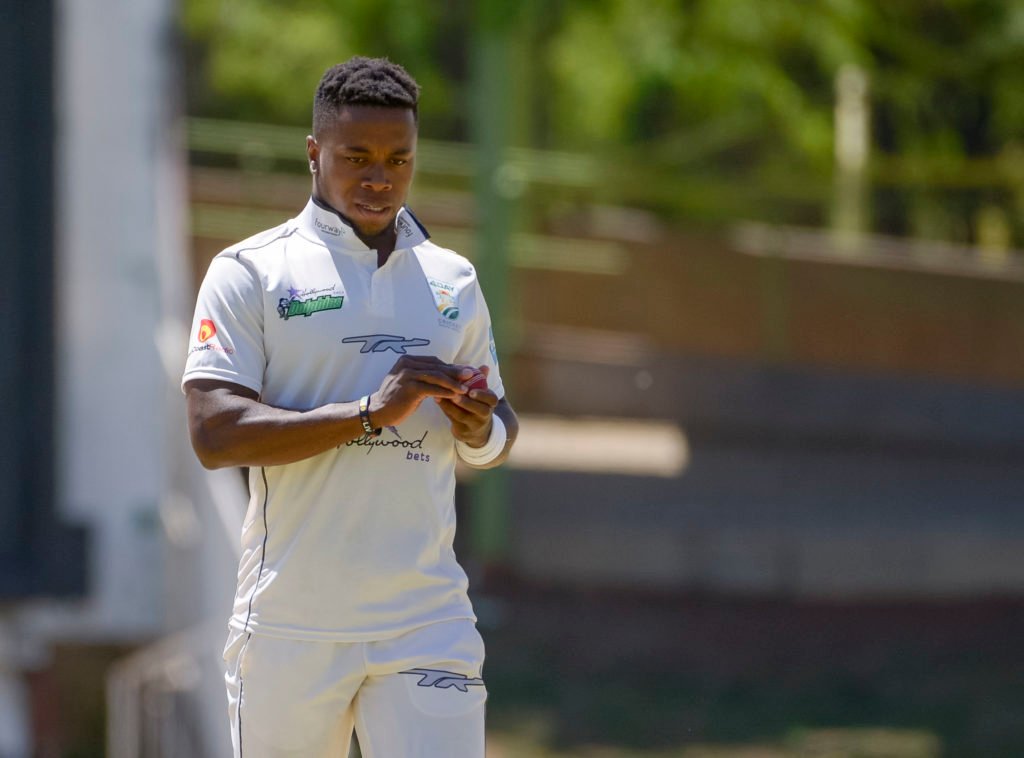 A maiden career five-for by Okuhle Cele helped the Dolphins make further gains towards a third successive 4-Day Domestic Series win after they closed day three of their clash against the Knights on top in Durban on Wednesday.

The 22-year-old paceman claimed a fine 5/38 in 14.5 overs at Kingsmead Stadium where the visitors were made to follow on after falling for 155 in their first innings – responding to the home side’s 335.

But the central franchise did much better second time of asking by progressing to 110/2 at the close, still needing 70 more to make their host bat again.

Bad light did disrupt the game late on the third afternoon forcing a slightly early end to proceedings, although there remained only one side that could win it after another solid day by the coastal side.

Cele, whose previous best performance at first-class level was the 4/115 he took for KwaZulu-Natal against Easterns at Benoni earlier in the current term, was well backed up by the competition’s leading wicket-taker, Prenelan Subrayen, after the claimed 4/49.

Together they put the Dolphins on the front foot from the get-go when the Knights resumed the morning on 86/4.

The first strike of the day came in the ninth over of the day when a 35-run stand between top-scorer Andries Gous (45) and Wandile Makwetu was snapped by the only other wicket-taker in the innings, Kerwin Mungroo (1/14) after he took out the latter for 17.

Shaun von Berg (0) and Shadley van Schalkwyk (one) followed in the next over when Subrayen struck twice in four balls leaving the score suddenly at 117/7.

Cele, in his 12th franchise game, then did the rest as the Knights were dismissed in 64.5 overs.

Raynard van Tonder, the leading run-scorer in the competition, then went past 800 runs as he led a strong reply for the Bloemfontein-based visitors.

The young starlet showed admirable application on his way to an unbeaten on 61 (203 balls, four fours) at the close, having shared in an opening stand of 92 with Grant Mokoena (36).

But he lost his partner leg before wicket to Subrayen (1/46) in the final hour, with the Dolphins also claiming the late wicket of Patrick Kruger (six) in the penultimate over through the outstanding Senuran Muthusamy – the Standard Bank Proteas all-rounder claiming 1/28 in 23 overs.