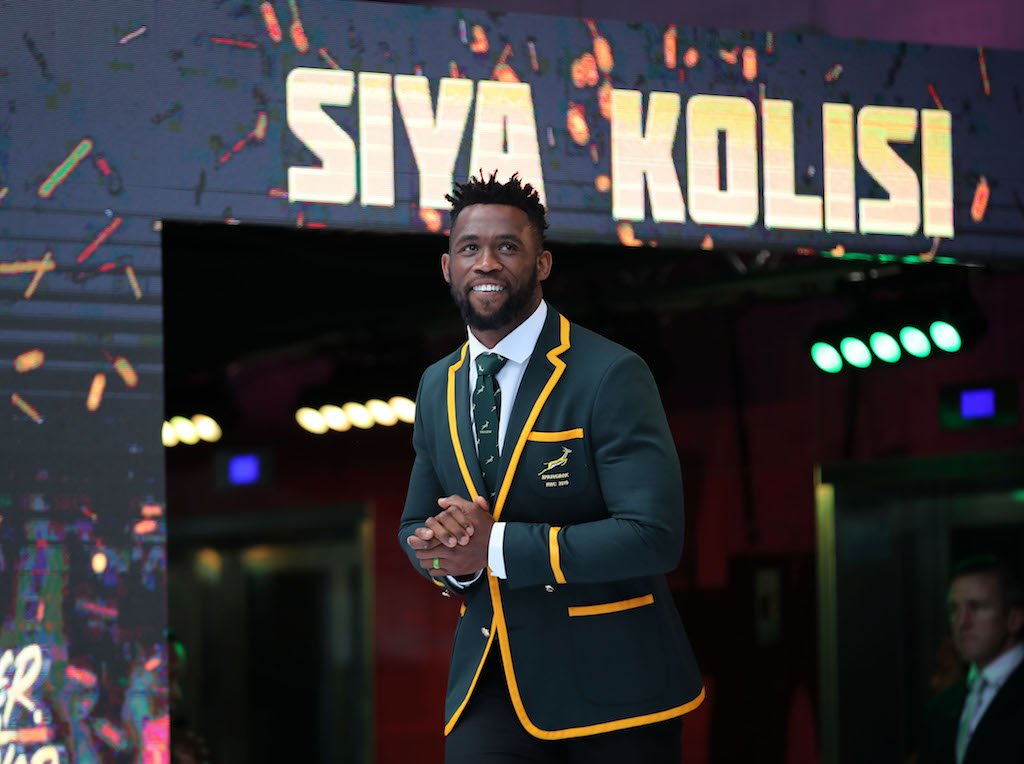 Kolisi was shortlisted with his Springbok teammate Faf de Klerk, SA Rugby’s director of rugby Rassie Erasmus, as well as inspirational Wales and Japan captains Alun Wyn Jones and Michael Leitch. He was voted the winner following a poll of the RUWC’s more than 200 members.

The Pat Marshall Memorial Award for Rugby Personality of the Year is handed to the individual who has made the greatest impact on rugby in the previous 12 months.

According to The Guardian, “anyone familiar with Kolisi’s extraordinary back story will know, he must be the ultimate example of just how transformative sport can be”.

“I am really honoured and this is a massive privilege, not only for me but also for my team-mates as I would not have been able to achieve this without them,” said Kolisi.

“Thank you for supporting rugby and supporting South Africa as a country – this award is not only for me and my team-mates but for all the rugby players around the world, let’s keep growing the game.”

Apart from lifting the Webb Ellis Cup in Japan last November, the Springboks were also named World Rugby’s Team of the Year, Erasmus walked away with the accolade for Coach of the Year and Pieter-Steph du Toit was named Player of the Year for 2019.

In December, Kolisi dedicated his World Peace and Sport Champion for 2019 Award, which he received in Monaco, to the 2019 Rugby World Cup-winning Springbok squad.

And Springbok wing Cheslin Kolbe scooped the top award in the French league after he was named as the Top 14’s Player of the Season at a glittering ceremony in Paris late in November 2019, while the fleet-footed winger also won the awards for the best Top 14 player at the World Cup, and for the Try of the Season.