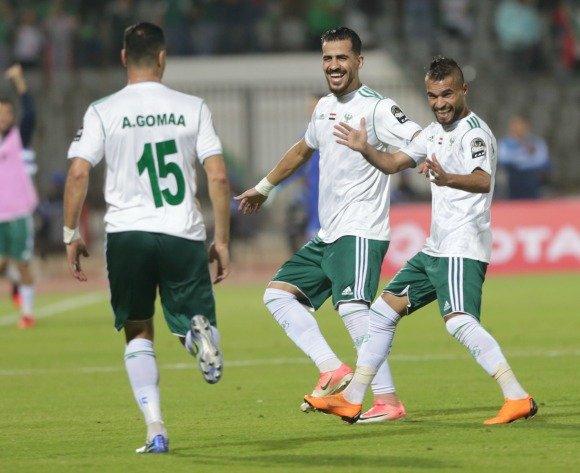 Egyptian duo Pyramids and Al Masry and Moroccan Hassania Agadir (Husa) were the biggest winners of the Caf Confederation Cup mini-league stage over the weekend, as the trio grabbed their second victory in as many matches to cement their group positions.

Two big home wins ensured Pyramids and Al Masry jointly led Group A with an intriguing derby waiting in the coming match day, while Agadir returned home from neighbouring Algeria with a vital away victory. There was also another away win for DR Congo’s Motema Pembe in Benin.

The Egyptian duo Pyramids and Al Masry once again are favourites not only to qualify from the group but also to go all the way through to the final. Pyramids thrashed fellow debutants Nouadhibou of Mauritania 6-0 in Cairo, with Burkinabe Eric Traore scoring a brace and assisting two more.

In Alexandria, Al Masry were also on their way to a big margin win, before they let in two late goals against Nigerian visitors Rangers. Austin Amutu and Ahmed Yasser scored before the break; Moftah Taktak and Hassan Ali made it four to the Port Said-based side. Two late goals from Eziekwe Chinonso and an own goal from Saido Simpore were not enough for Rangers to get anything from their trip to the Mediterranean resort.

Vinny Kombe scored a brace to give DR Congo’s DC Motema Pembe a vital away win over Beninese debutants ESAE in Porto Novo. The Congolese raised their tally to four points, while ESAE had their second successive defeat to throw doubts on the continental campaign.

In Lusaka, Zambian hosts Zanaco came from behind to hold last season’s losing finalists RS Berkane of Morocco to a home draw, their second in as many matches. Djibril Ouattara broke the deadlock for the Moroccans, only for Charles Zulu to restore parity for the hosts shortly after. Berkane tops the group on goal difference above Motema Pembe.

After two draws in the matchday one, it was a joy for the home sides in the second round of matches. Guinean giants Horoya scored three goals against Libyan visitors Al Nasr in Conakry to go top in style. Heritier Makambo, veteran Aristide Bance and Tafadzwa Kutinyu registered their names on the scorers’ list as Horoya raised their tally to four points.

Nearby in Bamako, Mali’s Djoliba just needed a first-half strike from Boubacar Talatou to defeat South African visitors Bidvest Wits and raise their tally to four points too.

Morocco’s Hassania Agadir (HUSA) made it two victories out of two, defeating Algerian hosts and debutants Paradou in Blida. Mehdi Oubilla and skipper Yassine Rami scored in each half to raise the HUSA tally to six points on top of the group.

In Aba, Nigeria’s Enyimba finally found their feet with a hard-fought victory over Ivory Coast’s San Pedro. Substitute Martins Usule scored 10 minutes after he was brought on to give The People’s Elephant their first group points.