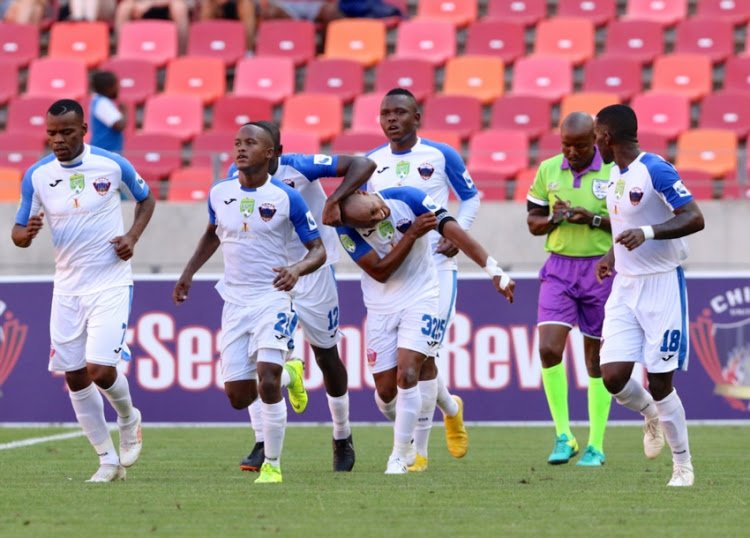 Chippa United beat Bloemfontein Celtic 1-0 in a Telkom Knockout first-round match at the Sisa Dukashe Stadium on Tuesday night, which was also their first win of the season.

In a tightly-contested game, newly-appointed head coach Norman Mapeza saw his side secure their first victory in nine attempts, thanks to Lehlohonolo Masalesa’s 79th-minute header.

In a lively encounter played in front of a near-full house in Mdantsane, the first half failed to provide much noteworthy action as both teams struggled to create openings in the final third of the field.

Their respective causes were also not aided by injury disruptions as Chippa midfielder Andile Mbenyane and Celtic defender Mbhazima Rikhotso were both forced to leave the action.

For the Free State club, Ndumiso Mabena had a couple of efforts on goal in the opening stanza – a sweetly-struck shot from 30-yards out and a dipping free-kick, but both were saved by his former teammate, Patrick Tignyemb.

Chippa’s only real chance of the half arrived just five minutes before the interval when Rhulani Manzini steered Gregory Damons’ cross into the side-netting.

There was an increase in the intensity of the game after the restart and both teams created good chances.

The scoreline remained unchanged though as Celtic midfielder Lucky Baloyi ballooned over the target from close range before Boikanyo Komane rattled the visitors’ crossbar with a thunderous drive from easily 40-yards out.

There were more opportunities, including a volley from Mabena which was not far off the mark, and a powerful shot from Chilli Boys winger Thabo Rakhale – which was well-saved by Jackson Mabokgwane.

It was from the resultant corner that the winner came – after Mabokgwane had come off his line but failed to reach the ball, Masalesa was able to nod the ball into an empty net.

There were some anxious moments late on for the hosts as Phunya Sele Sele pushed hard for an equaliser, but Tignyemb made a diving save to keep out Maloisane Ramasimong before Neo Maema fired a free-kick onto the roof of the net with the final play of the match.