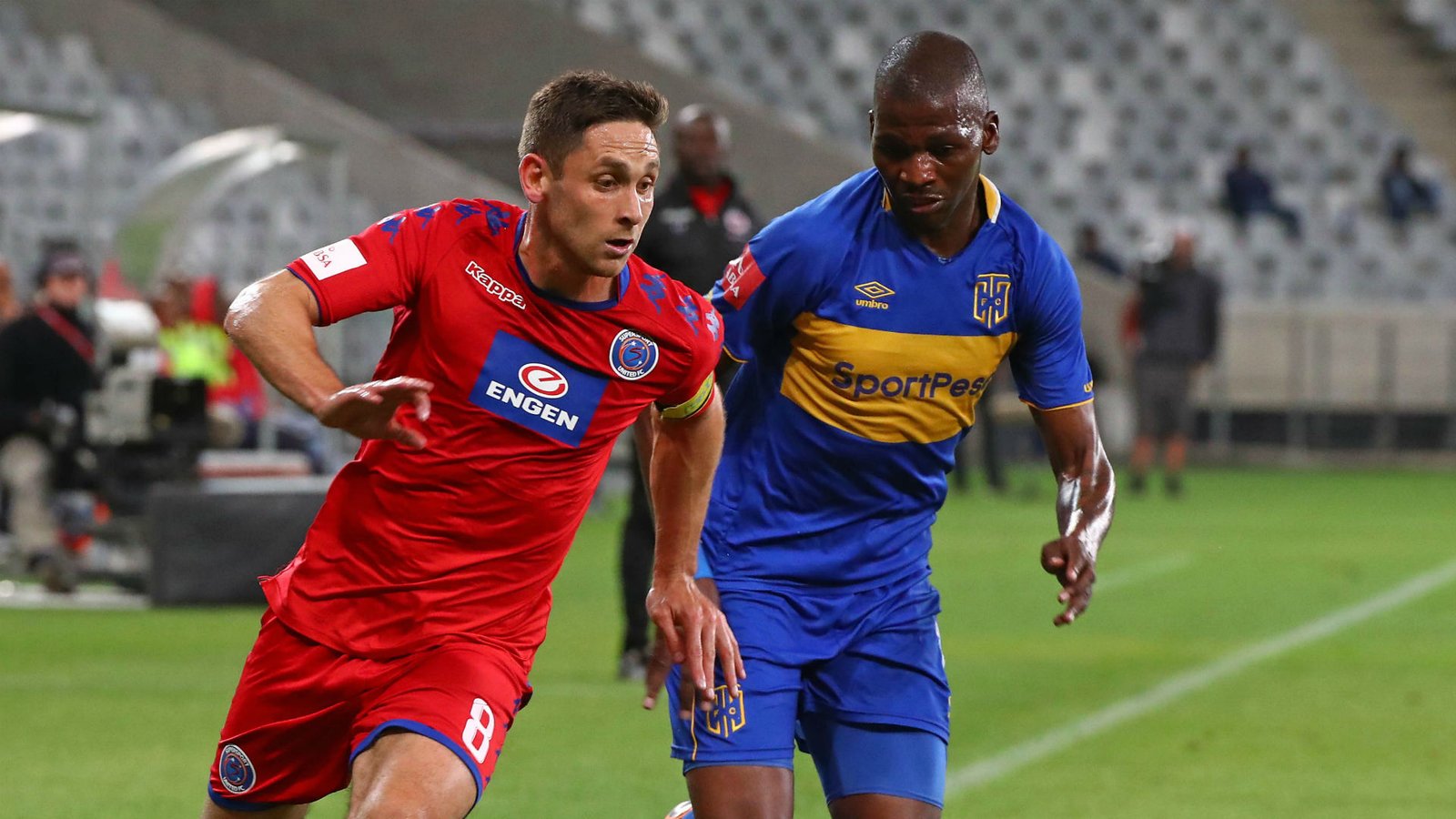 A pulsating league encounter saw the lead changing several times before the dust settled on a 3-3 draw between SuperSport United and Cape Town City at the Mbombela Stadium on Saturday night.

It took just four minutes for the tone to be set when Sipho Mbule clinically rifled home a volley, following a clever chested assist from Bradley Grobler.

SuperSport’s advantage was, however, only to last for four minutes as City hit back through Thabo Nododa, who latched onto a Kermit Erasmus cross and was given the time to take a couple of touches in the box before squeezing in a low shot into the far corner; 1-1 after only eight minutes of action.

The breathtaking start continued as the Citizens went ahead in the 18th minute when Bradley Ralani’s perfectly weighted cross was met by Erasmus with a downward header into the bottom corner of the net.

Incredibly, the goal-scoring spree continued when just five minutes later, Grobler profited on a mistake by defender Keanu Cupido in clinical fashion to level the score at 2-2.

It was Matsatsantsa who ended the first half on top, but they were unable to score again as Grobler curled a 42nd-minute effort wide of the target.

The next goal was to go City’s way, when 10 minutes into the second stanza, Nodada stole the ball off Grobler on the edge of the box before curling in a sublime shot past Ronwen Williams from a tight angle.

But yet again SuperSport were to restore parity not long after going behind, thanks to a superbly-taken 65th-minute goal from Thamsanqa Gabuza, who outmuscled Abbubaker Mobara before turning and firing in a volley from an acute angle past Peter Leeuwenburgh.

Chances followed for the Tshwane side to take the lead, but the scoreline remained the same as Leeuwenburgh tipped a Clayton Daniels header over goal before Grobler fired a shot straight at the visiting keeper.

City also had some opportunities, in the dying minutes of what had been an open and end-to-end encounter, but Thamsanqa Mkhize squandered his moment with a wayward header while Ralani struck his shot straight at Williams.