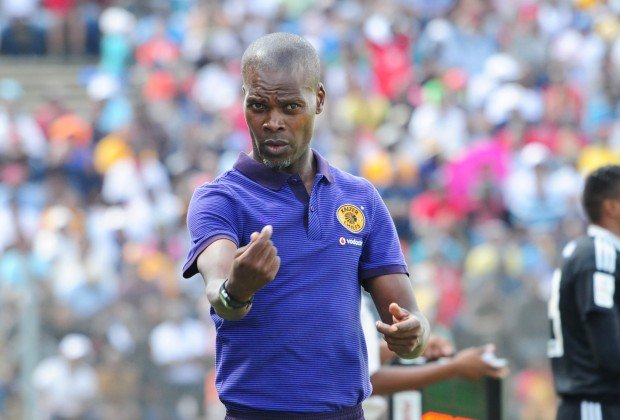 Former Kaizer Chiefs star Arthur Zwane was thrilled at being named as Bafana Bafana assistant coach – despite being disappointed that the recently cancelled international friendly against Zambia because of the recent xenophobic violence in the country.

“I received a call from Safa through its football manager Bobby Motaung,” said Zwane. “It was unexpected but when such opportunities are presented to you, you embrace and honour the invitation with both hands.

“It is a career-changing and breakthrough moment for me as a coach. It is good for Chiefs as a club to have coaches that have the ability to support the national team. While I was still playing, I didn’t think I would be a coach one day,” adds Zwane.

“While growing up in Meadowlands, I was approached by the local youngsters to assist them with coaching their team,” recollects the soft-spoken Zwane.

“These youngsters were involved in playing in the local tournaments. They were not so organised, but I was able to bring build structures for them to follow.

“Discipline was the first step in my talk with them. I addressed with them issues of alcohol and substance abuse. They responded well and started to become more committed and dedicated to their game.”

Zwane is also Kaizer Chiefs’ reserve team coach and is being revered by many as one who might one day coach the first-team.

On his arrival at the Bafana camp as an assistant coach, he says: “I was warmly welcomed by the national team. I have had constant contact with coach Molefi Ntseki dating back from 2013. We have been sharing ideas over the years.”

Zwane has been busy behind his desk upgrading his coaching qualification. He completed his B and A Licenses both with Caf and recently acquired a Uefa B Licence after attending a course in Ireland.

Zwane was not in unfamiliar territory in the national team. As a player, he represented Bafana Bafana nine times and has also worked with some of the players who were selected for the camp.

On the Football Association of Zambia’s decision to call off their match against Bafana Bafana, he said:

“It was heartbreaking to receive the news and also when Madagascar didn’t play us. I wish for sanity to prevail and things to get back to normal. We need to unite as Africans.”