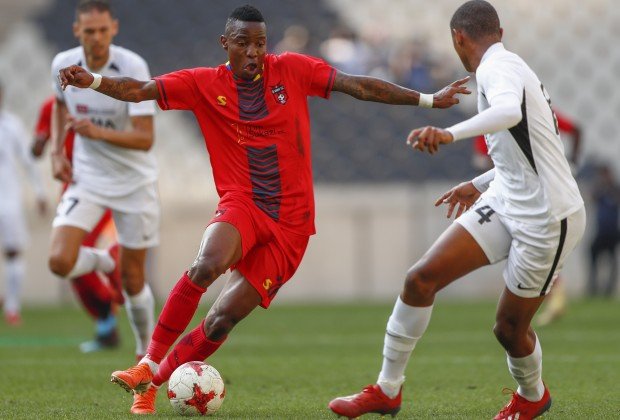 TS Galaxy secured a 1-0 win over Seychelles side Saint Louis, in their CAF Confederation Cup preliminary round, first-leg match at the Mbombela Stadium in Nelspruit on Sunday afternoon.

The National First Division side, who qualified for the continental competition in beating Kaizer Chiefs in last season’s Nedbank Cup final, scored the only goal of the match in the 40th minute through midfielder Sizwe Mdlinzo.

The Mpumalanga-based club could have been two or more goals ahead at that stage, having missed a penalty kick in the 15th minute, after a Saint Louis defender had handled the ball in the penalty area.

Ludwe Mpakumpaku, in goal for Galaxy, had a fairly easy afternoon, as the home team’s midfield controlled matters in the centre of the park to keep the visitors on the back foot for much of the game.

Galaxy will be out to build on their lead when they face the same opposition in the return leg in Victoria, Seychelles on August 24.