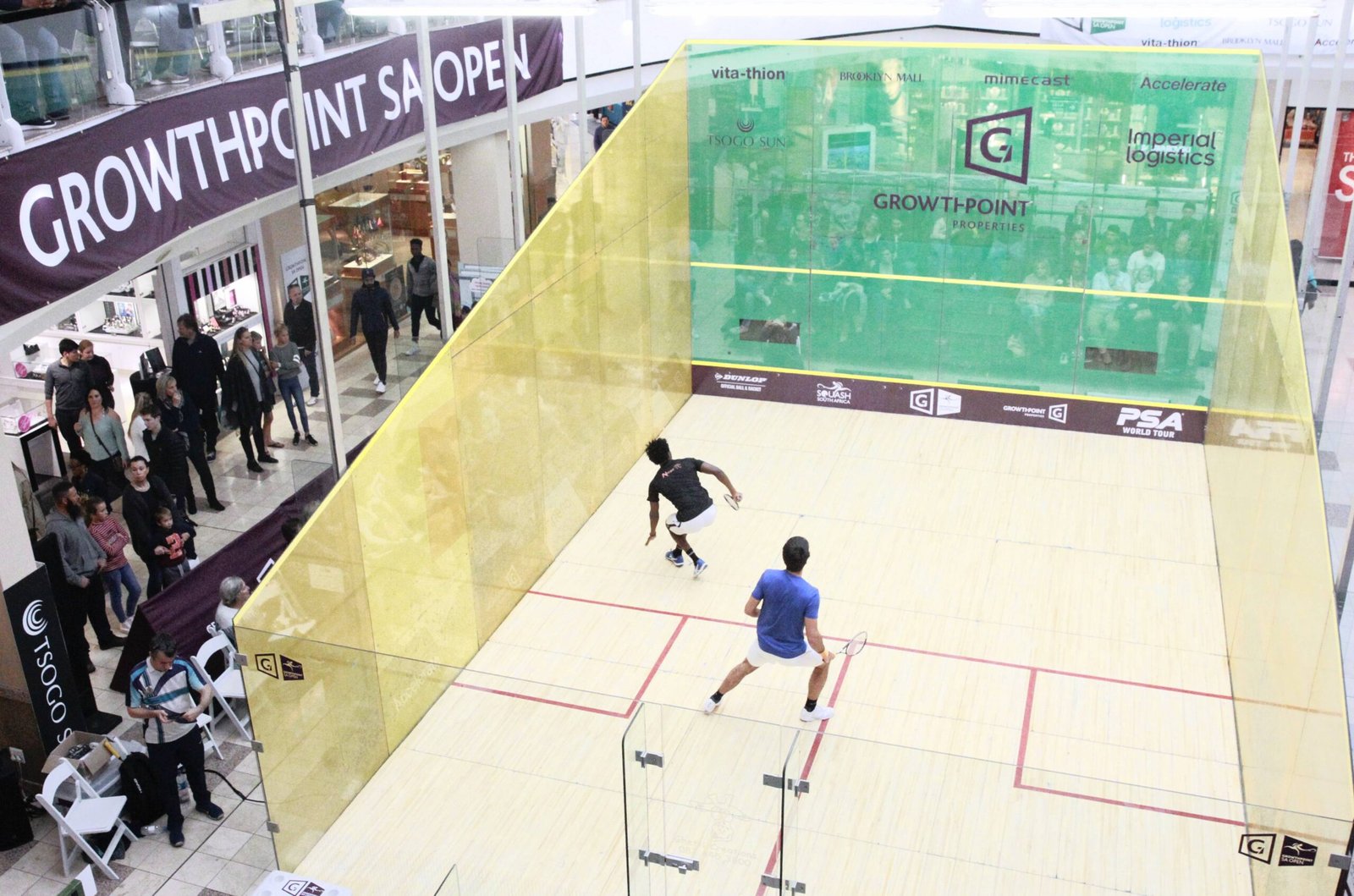 Action moved to the glass court at the V&A Waterfront on Day 3 of the Growthpoint SA Open and the players turned on the style for the capacity crowd on Wednesday evening.

Salma Youssef (EGY) edged compatriot Farah Momen (EGY) 3-2 in a match that captivated the vocal crowd. Yousef started off the stronger of the two with an easy 11-3 win in the first game but Momen showed she wasn’t going to be dispatched easily to take the second 11-9.

Yousef then won the third before Momen took game 4th with scores of 11-8 and 12-10 respectively.

The final game went down to the wire, but after Momen was pushed hard by Siyoli Waters (RSA) in the previous round, it was just not meant to be with Youssef taking the final game 11-9.

Earlier in the day, Blessing Muhwati (ZIM) lost out to Tristan Eysele (RSA) 3-1. Muhwati started where he finished off in the round of 16 and won the first game 11-9.

Eysele however once again showed his ability to bounce back from a first-round defeat and won the next three 11-7 11-9 and 11-5 to move into the semi-finals.

The crowd at the V&A Waterfront were keen to see top seed Lucas Serme (FRA) play and they were not left disappointed as he staged a clinic event and went on to beat Abdallah Elmasry (EGY) in straight games 11-5, 11-4, 11-2.

Thursday evening’s Day 4 of the event will see the rest of the quarterfinalists in action and confirm who the semifinalists will be.