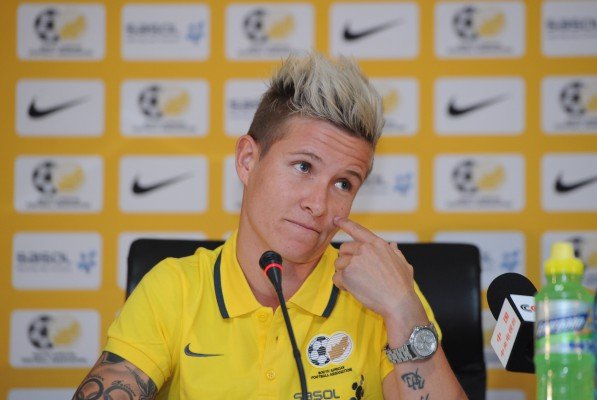 Banyana Banyana coach Desiree Ellis has announced a squad of 20 players to face Botswana in the second-round of the Tokyo 2020 Olympic qualifiers, starting with an away fixture on August 30.

Banyana Banyana will assemble for camp on Monday in Johannesburg. They travel to Botswana two days later with the match scheduled for Friday.

The return leg will be played at the Dobsonville Stadium on Tuesday, September 3.

In the third round, the overall winner will face the victors of the clash between Zambia and Zimbabwe.

South Africa will be without the injured Thembi Kgatlana and captain Janine van Wyk, while Linda Motlhalo has been left out due to the hectic club programme and the long-distance she has to travel from China.

She has just recovered from a knee injury sustained at the World Cup in France.

Ongeziwe Ndlangisa, Priscilla Pesa, Shange Sthembile, Ode Fulutudilu – who were part of the winning 2018 Cosafa Cup squad, have not been chosen.

Vice-captain Refiloe Jane is expected to lead the team in the absence of Van Wyk.

Caf has 1.5 slot(s) in Tokyo 2020, which means the winner of the fifth-round qualifies for the Olympics, while the runners- up will take on Copa America runners-up Chile in a play-off.

Zimbabwe and South Africa were Africa’s representatives at the Rio 2016 Olympic Games.

Cameroon, South Africa, Zimbabwe and Nigeria are the only African nations to ever play in the Women’s Olympic tournament.