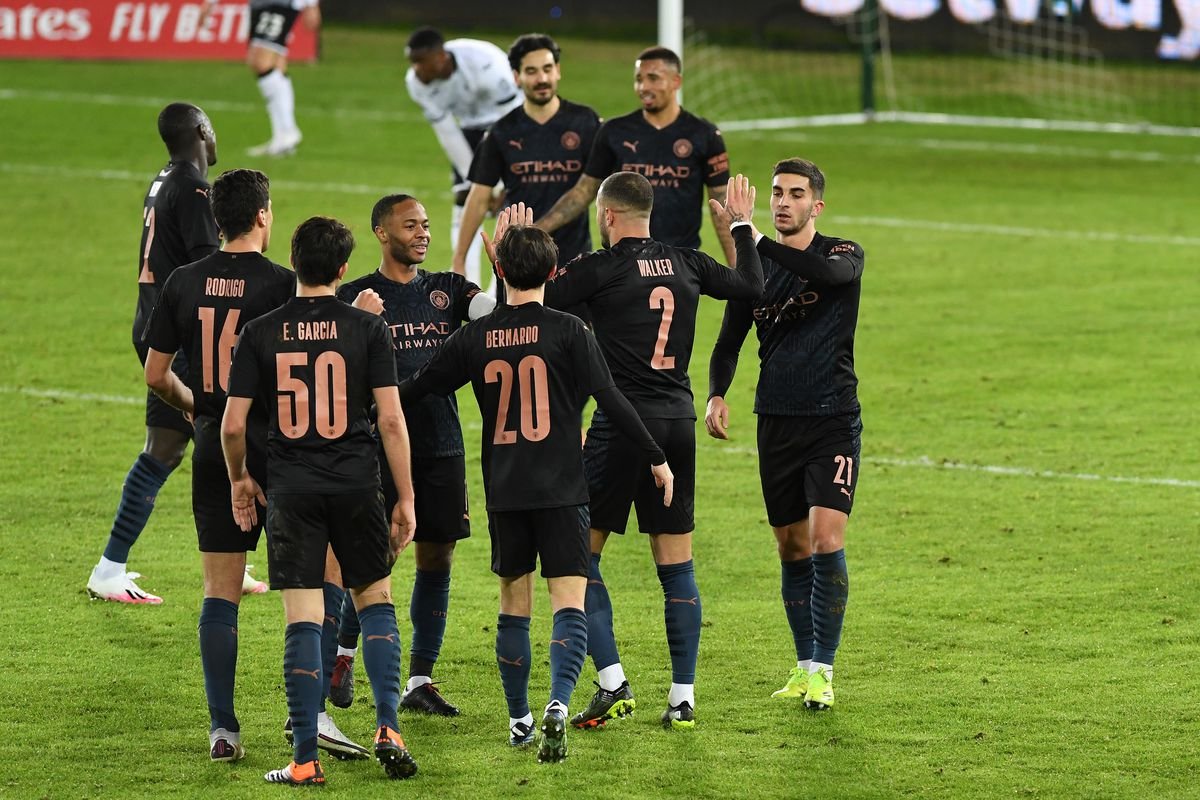 Premier League leaders Manchester City continued their scintillating run of form with a 3 1 win over Swansea in their FA Cup fifth round.

Kyle Walker made an impactful return to the team finding the back of the net for the log leaders.

Raheem Sterling and Gabriel Jesus also got on the scoresheet for the Citizens.

The win saw City manager Pep Guardiola extend his unbeaten game record with the team to 14 matches, his best yet with any club.

The Spanish tactician was coming off from beating Premier League champions Liverpool 4 1 at Anfield in the domestic league and were looking to maintain the momentum.

England international Walker broke the deadlock in the 30th minute to give the visitors the lead at the Liberty Stadium.

It was a one-sided affair as City controlled the fair share of ball possession though the hosts had chances which they failed to capitalize.

Sterling, another England international made an impact in the second half, scoring the second goal for City to double the visitor’s lead.

Three minutes later, Brazilian Jesus netted a third of the game and his first of the night to put the game beyond Steve Cooper’s men.

Substitute Morgan Whittaker took the clean sheet away from City as he grabbed a goal for the host.

Manchester City now booked a place in the quarter-finals of the FA Cup, joining their city rivals Manchester United and Everton who beat Tottenham in a nine-goal thriller.

United overcame David Moyes’ West Ham 1 0 to progress to the next round.