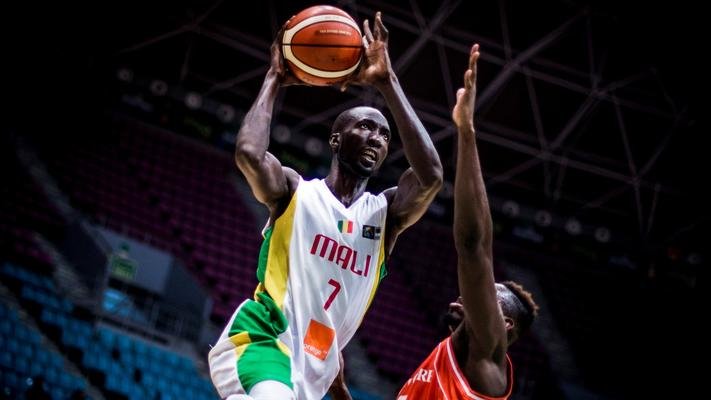 Fresh off a second-place finish in the Under-19 Basketball World Cup last year, Mali’s Ibrahim Djambo believes the promising youth in the West African country are ready to make the step-up to the senior team.

Mali not only became the first African team to advance to the second round in the history of the tournament, but they also denied heavyweight basketball nations (Canada and France)  to compete for the Championship Game in Heraklion, Greece in July 2019.

Captain of Mali senior team, Djambo admitted being surprised for his younger brothers’ 2019 Under-19 Basketball World Cup campaign, but he insists that it was about time for that to happen as basketball talent and popularity of the game is nothing new across the West African country.

“Mali’s name in the world of basketball is right up there, it is respected now,” Djambo said in an interview with FIBA.basketball.

“The best way we can benefit from that U19 World Cup success is, we [senior players and Federation] need to follow up those kids. They can’t just let them go, they got to be behind them. I have been talking to most of them, and it’s a good group of young players who are trying to make basketball great in our country,” Djambo added.

In the build-up to the FIBA AfroBasket 2021 Qualifiers, Mali will do battle to finish in the top three places of Group D, which ensure a place in the final round in Kigali, Rwanda.

They will go up against 2015 African champions Nigeria, Rwanda and Algeria. If they finish in the top three, they will then return to the 16-nation Africa’s flagship competition for the eighth time in a row.

“We are going to be ready for Nigeria, Rwanda and Algeria. Our federation is already at the top of everything and trying to bring us together. We’ll be ready to compete against those teams. I know that we have our chances and we are going to do everything to qualify for the [FIBA] AfroBasket,” the 28-year-old forward noted.

And Djambo, who has led his national team in scoring and rebounds in the last two major continental tournaments (AfroBasket 2017 and Basketball World Cup 2019 African Qualifiers) insists that fresh legs are more than welcomed to join him in the battle for the Kigali showdown.

“But they are going to be there to learn and improve from us as older players,” the 2.07m (6ft 9in) said. “We are going to make sure to show the significance of playing for your country, represent your family. They did it in the biggest stage, now being with the senior team is another important step in their careers

“We are not going to pressure them right now, but we are going to try to include them in the senior team, so they can become even better players. In two to three years everybody is going to be talking about them,” Djambo added.

Looking back at how Mali Under-19 carried the country’s flag in the biggest stage, Djambo warns Mali Basketball Federation to keep those players’ passion alive.

“So, whenever the national team needs them, call them, it will be a pleasure for them to come. But if they don’t feel it, they will end up losing them as players.”

Mali current sit in ninth place in Africa (74th in the World) according to Basketball World Rankings.