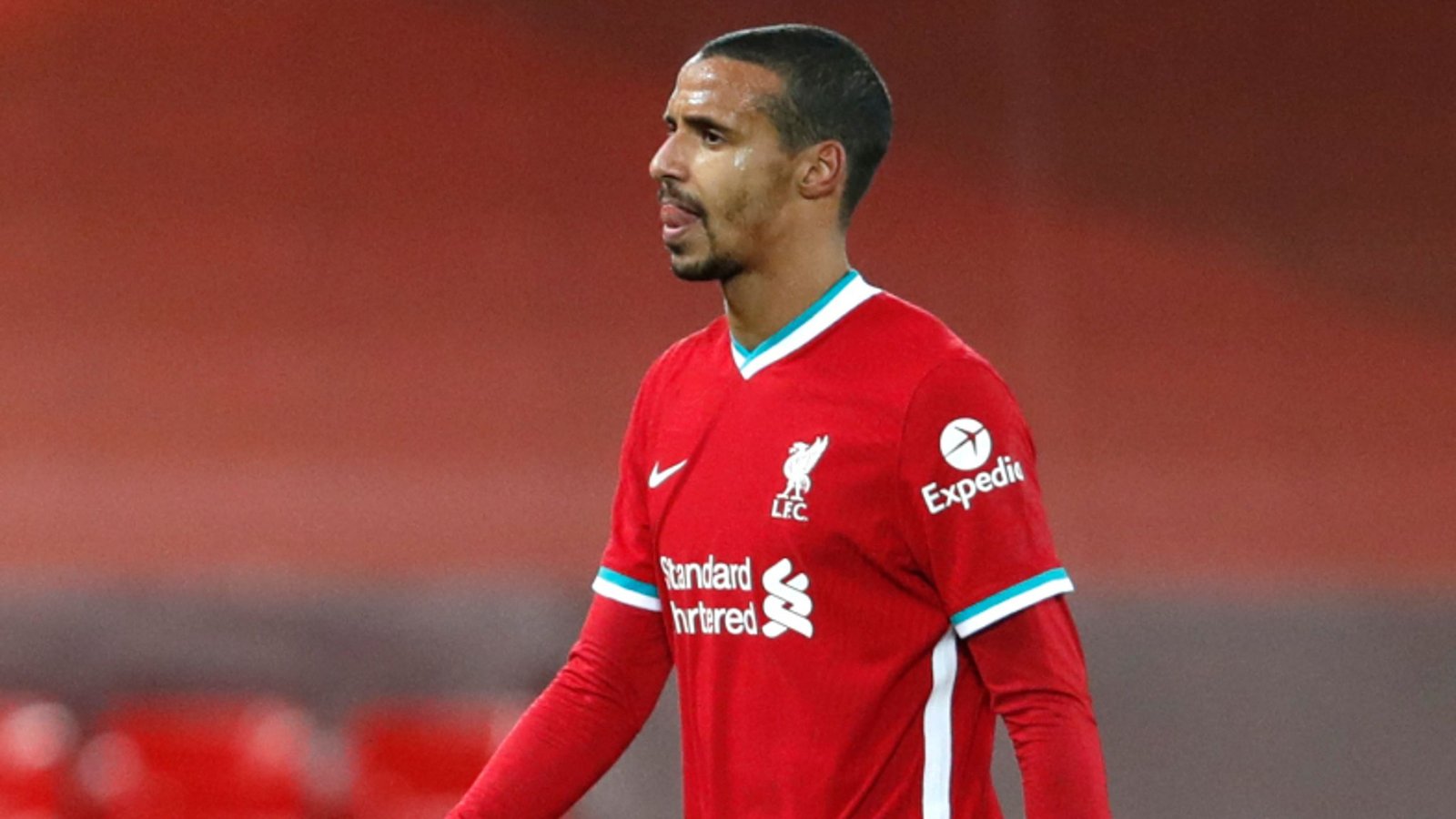 Liverpool are set to be without centre-back Joel Matip for three weeks, manager Jurgen Klopp revealed.

The defender suffered an adductor strain in their Sunday’s Premier League match 1-all draw against West Bromwich Albion.

The 29-year-old adds to the injury woes the Premier League champions are facing, having lost Virgil van Dijk and Joe Gomez.

“The normal stuff with these kinds of injuries … (is) around about three weeks,” Klopp announced during a news conference.

The club has been linked with a number of players in the January transfer window as they look to address the defensive issues.

Dayot Upamecano and Ozan Kabak are defenders linked with the club but nothing yet has been agreed on the interest.

FC Bayern defender David Alaba was a top priority for the Merseyside Red club but they have to battle for the Austrian services who is eyed by other top clubs.

The Reds were also looking at a potential swoop for former FC Bayern wonder kid Renato Sanches to beef the midfield.

German tactician Klopp has given senior call-ups to academy players such as Rhys Williams and Nathaniel Phillips to play at the heart of the defence.

Brazilian Fabinho has had to shift to a centre-back and has done extraordinarily well for the Reds.

However, Liverpool have struggled not only to keep clean sheets as they have conceded already 20 goals but show a lustre performance.

They also drew to Sam Allardyce’s West Brom, thanks to a late equaliser from Sam Ajayi but also drew o o to Newcastle.

It remains to be seen whether Liverpool will cash on a defender when the January transfer window opens to fix their backline.