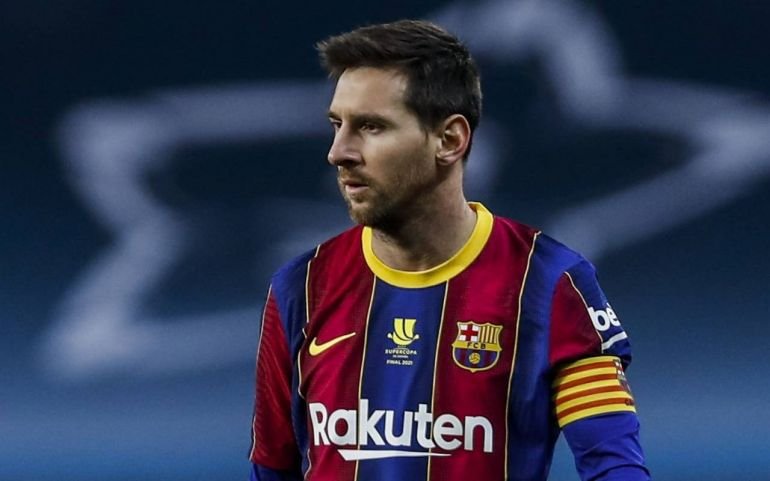 Lionel Andres Messi became the highest-paid footballer in La Liga four years ago when he agreed to a new contract with his lifetime club FC Barcelona.

Under his previous contract with the La Liga giants, his annual base salary was $44.68 million.

The news that was leaked recently revealed the Barcelona captain’s contract is worth €555.2 million ($673.8m).

The new bumper contract meant that Messi is also is on the best contract ever handed to a soccer player.

The Argentine international rakes up to $168.5 million every season.

According to reports, the La Liga club is battling to contain its $1.42b debt and is on the verge of bankruptcy.

Despite being the fourth-richest club in the world with an annual turnover of €840.8 million, the club is in a financial crisis.

The Barcelona-based club is worth over $4.06 billion.

Other than his mammoth and mouthwatering contract with his boyhood club, Messi’s source of wealth includes endorsements and investments.

Unlike his rival Cristiano Ronaldo whose businesses have been publicized, Messi’s business interests remain unknown except a few.

In 2019, the pint-sized Argentina captain topped Forbes 100 highest-earning celebrities shortlist, as the forward’s income for the year reached $127m (£98m).

The athlete led Ronaldo by $18m and led his former teammate Neymar by $22m.

Antoine Griezmann is the second-highest-paid player at Barcelona with a weekly salary of £300,000.

In Premier League, Arsenal have the highest-paid player in their skipper Pierre-Emerick Aubameyang with a cool £375,000 per week.

According to Spanish media outlets, the Catalan player has a lifetime agreement with Adidas, who have been with him since 2006 until the end of his footballing career.

He is also their leading brand endorser.

This is a similar scenario that transcended after Portuguese international Ronaldo penned a new deal worth $1 billion with American company Nike.

Leo Messi has put pen to paper with other big fish companies to be reckoned with in the corporate world including Pepsi, Gillette, and Turkish Airlines.

It seeks to give children opportunities to realise their dreams.

He has worked with Unicef from 2004 and the NGO rewarded the soccer star in 2010, appointing him as the ambassador.

Unicef also had a sponsorship deal with Barcelona, thanks to Messi’s commitment to promoting the organisation and his philanthropic gesture.

During the 2003/04 season, Messi debuted for five youth teams in a single campaign.

At 16 years, four months, and 23 days old, Messi made his first appearance for Barcelona senior squad against FC Porto.

His overall performances were phenomenal over time and he signed his first professional contract in February 2004 that ran until 2012 with a buyout clause of €30 million.

It was not until at 18 years when Leo Messi signed his first contract for the senior squad with an increased buyout clause of €150 million.

Messi established himself as one of the best in the club in 2006/07 campaign, scoring 17 goals in 36 games across all competitions.

In 2007, he was shortlisted for the 2007 Ballon d’Or, behind Kaká and runner-up Cristiano Ronaldo.

He has gone on to win the accolade six times, one above Ronaldo.

Messi has been in a relationship with Antonella Roccuzzo, a fellow native of Rosario.

Messi and Roccuzzo got married at a luxury hotel named Hotel City Center in Rosario in June 2017.