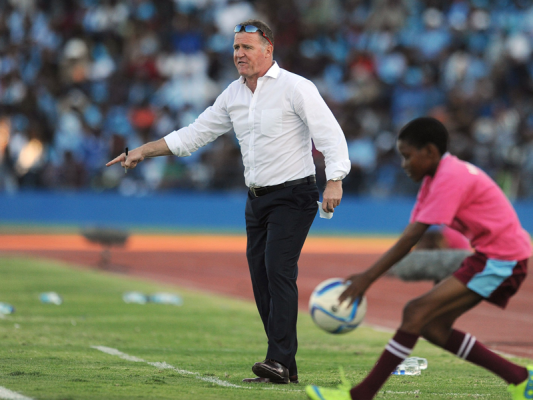 LFA president Mustapha Raji announced the contract of Butler has been extended by a year after consultations with the country’s Ministry of Youth and Sports.

Butler was confirmed as Lone Star coach in August 2019 on a one-year contract. His record during his tenure includes two wins, one draw one and three losses including competitive games and friendly matches.

He guided the Lone Stars to victory in his debut match, a 3-1 win over Sierra Leone in the World Cup Qatar 2022 qualifiers preliminary round at the Samuel Kanyon Doe Sports Complex in Paynesville, Liberia.

Liberia lost the return leg 1-0 and advanced to the group stage qualifiers on a 3-2 aggregate.

However, he failed to steer them to the group stage of the Africa Cup of Nations Cameroon 2021 qualifiers, after losing to Chad on penalties at the preliminary rounds.

Butler, 54, began his coaching career as a player/manager at English club Halifax Town in 2000.

Since then he has been in charge of 15 different teams, with his longest spell coming with the Botswana national team from 2014 to 2017. He resigned from that position in June 2017 and was swiftly hired by SA Premiership team Platinum Stars in a matter of days. Butler, however, left that position in September.

Liberia is expected to return to competitive football in May 2021 when the continental qualifiers for the World Cup Qatar 2022 qualifiers resume.