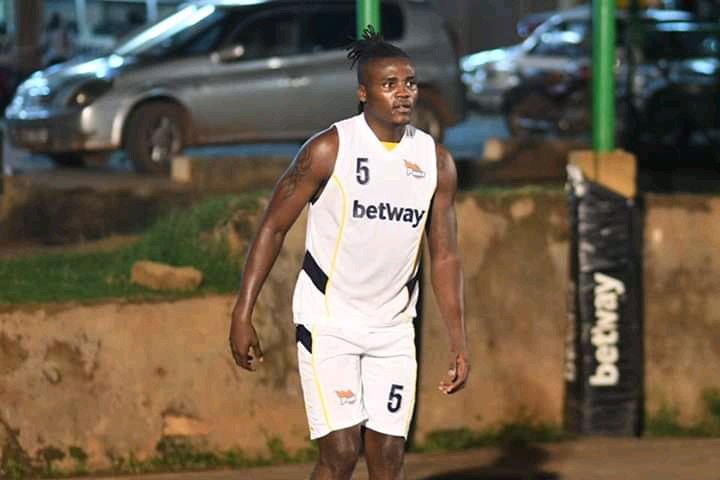 Small forward Denis Balungu has re-signed with KIU Titans on a two-year spell.

The shooter made returned to his previous club after a short-lived move at Betway Power.

Balungu barely featured in competitive basketball at Power, save the UCU Invitational tourney, as the league season was cancelled due to Covid-19 measures.

During an interview season after returning to the Titans, Balungu said, “I am happy to be back home. The ambition is still the same, it’s about winning the championship. We came close to in 2017 when we reached the finals and I’m focused on reaching the finals again.”

Speaking to Kawowo Sports, Titans coach Brian Wathum praised the return of Balungu. “Denis has got range. He is a very good shooter of the ball and he showed that while he was with us the first time. He is obviously going to improve our shooting as a team.”

Balungu was an important team player in Titans as he led his side to their first National Basketball League finals in 2017, his first year with the basketball club.

He departed to Power in 2019 but has rejoined the team he calls home.

The Titans have been busy preparing for the 2021 National Basketball League season that begins next month. Titans coach Wathum will be delighted to have Balungu back to the squad, who has the shooting efficiency to win games.