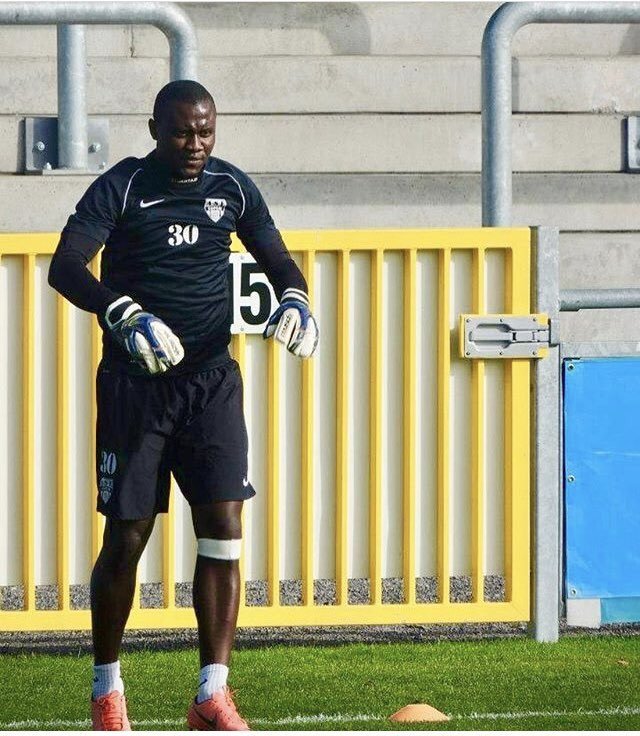 Former Flying Eagles goalkeeper John Felagha has died in Senegal while waiting to be lifted back to Nigeria.

The Nigeria Football Federation (NFF) confirmed the death of the 26-year-old on Tuesday.

“Felagha died on Sunday in Senegal. He was aged 26. Our thoughts and prayers are with his family,” they wrote on Twitter.

The cause of his death is unclear.

Felagha was a member of the Nigerian team that finished second at the 2009 Fifa U-17 World Cup. He was also part of the under-20 squad that traveled to Turkey for the 2013 Fifa U-20 World Cup.

“The sad passing of John Felagha, ex-Flying Eagles goalkeeper, came to us all as a rude shock,” Nigerian Sports Minister Sunday Dare wrote on Twitter.

“He represented Nigeria at the 2013 Africa Youth Championship and 2015 U-20 Fifa World Cup. He was coaching future stars before his sudden demise. May God comfort his family and friends,” Dare added.

During his soccer career, Felagha traveled to Belgium, where he joined the KAS Eupen, and later coached at the Aspire Academy in Senegal.

“KAS Eupen offers its sincere condolences to the family and friends of John Felagha,” Eupen wrote on their website.

In a separate matter, the NFF said Felagha’s death came a day after the death of the head of its information and communications technology department, Tolulope Abe.

In a series of tweets, the NFF said Abe died at the National Hospital in Abuja of complications that arose after surgery. He was 48.