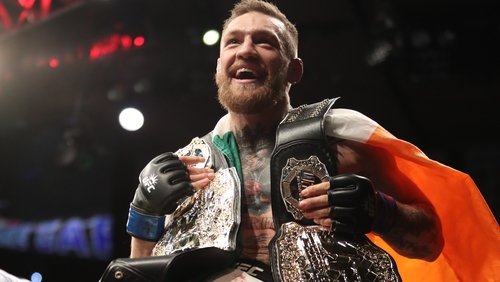 Conor Anthony McGregor is the most popular fighter in the history of Ireland. He has evolved in the Ultimate Fighting Championship sports entertainment and mixed martial arts. McGregor has smashed records in his journey to the top including holding two different UFC weight classes simultaneously. ‘The Notorious’ McGregor has been both a former UFC Lightweight and Featherweight Champion.

Other records under McGregor’s belt include the fastest knockout in UFC title fight history. McGregor set the quickest record over Jose Aldo, ousting the featherweight champion in just 13 seconds at the MGM Grand Garden Arena in Las Vegas, Nevada, smashing Ronda Rousey‘s record for the fastest title fight finish. McGregor has headlined five out of the seven highest-selling UFC pay-per-view events making him the biggest draw in the history of MMA.

McGregor, just like Khabib Nurmagomedov, is among the few fighters who also earn from making special appearances in events – not necessarily for a fight. He gets paid for showcasing brand value by being such a high-profile and influential athlete. He is also the highest-earner in UFC with a net worth clocking around $120 million, according to Sportskeeda. He is miles away from second-place Russian promoter Khabib.

McGregor is an ambitious athlete who is looking to fatten his pockets as he journeys in his career. He was once quoted, “I’m 30 now, say by 35, I’ll be a billionaire.” At just 32-years-old, McGregor is still in his prime and is in showing no signs of slowing down, until he has achieved.

McGregor has pocketed approximately $115 million from UFC fights. His biggest payday was his showdown with retired professional mixed martial artist Khabib Nurmagomedov, earning $50 million from the match in which he lost. In January 2020, McGregor defeated Donald “Cowboy” Cerrone in his return to UFC and pocketed $5 million. The Irish man said he would have earned almost $80 million from the showdown, had the pay-per-view sales been strong.

McGregor’s fight against Dustin Poirier also saw him earn $5 million. McGregor has had massive paydays in other UFC fights including his showdown against Nate Diaz at UFC 196 scooping a cool $10 million in their first fight and another $25 million against the same opponent at UFC 202 in their return battle. His fight against Jose Aldo that dates back to 2015 saw ‘The Notorious’ earn a whopping $12 million.  In Nov. 2016, McGregor made around $7 million for fighting Eddie Alvarez.

Forbes record that McGregor banked $32 million in salary/winnings in 2020 and another $16 million from endorsements. He renewed his sponsorship deal with Reebok that pays him $5 million a year.

In August 2017, McGregor signed up for one of the biggest challenges in his career, a match against Floyd Mayweather in the boxing ring. MMA fighter McGregor was up against the undefeated boxing champion with nearly 4.3 million purchases. It is estimated that McGregor raked $100 million from the fight, inclusive of bonuses, concessions, merchandise royalties, and guarantees. He also bagged $14 million from Anheuser-Busch, beats by Dre, Burger King, Monster Energy, David August, Hi Smile, and Betsafe endorsements.

Conor McGregor has his own whiskey brand Proper Twelve which in 2019, McGregor took to Instagram that the company had reached $1 billion in sales. The post read “Over $1b generated in Whiskey sales in my first year! Like it or not, there is a new King in town! Proper Whiskey, liquid sunshine!”

McGregor has invested in the media industry with his own outlet called The Mac Life that not only focuses on news about McGregor but also sports, lifestyle, fitness and MMA. The media outlet has over one million YouTube subscribers and over 700k Instagram followers.

August McGregor was birthed from his partnership deal with David Heil, which is a lifestyle brand for guys. McGregor also owns Mcgregor Sports And Entertainment Limited that was established in July 2014 whose original mission and vision was to help McGregor push his brand into fighting. However, the company rakes revenue from advertising and promotions. McGregor recently unveiled TIDL Sport in collaboration with the Anthos group to launch a next-generation sports recovery line.

He also has several mansions in different parts of the globe including Las Vegas, Marbella in Spain and Dublin in his home country Ireland.