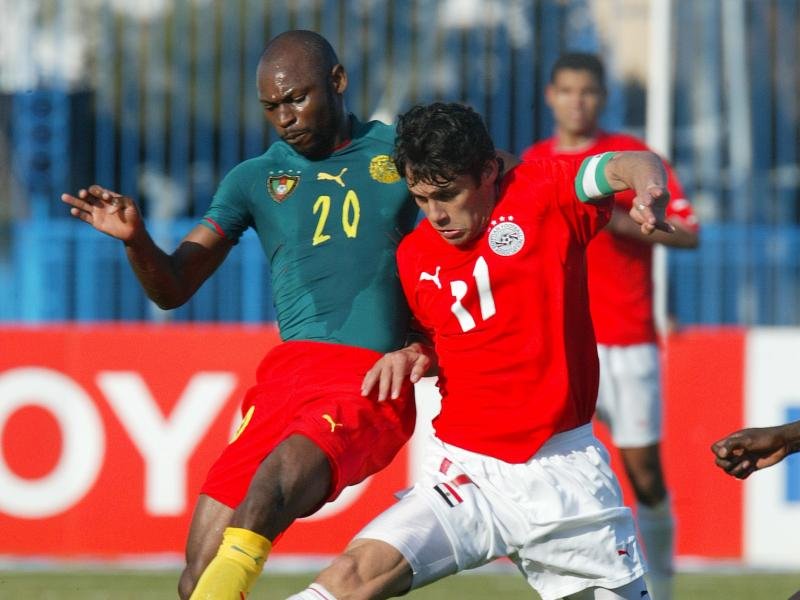 The duo will assist Confederation of African Football (Caf) Director of Competitions, Samson Adamu to conduct the draw on Monday evening, at Palais Polyvalent des Sports de Yaoundé in the Cameroonian capital, Yaounde.

Tataw and Olembe will add some glamour to the event to be attended Cameroonian Minister of Sports and Physical Education, Narcisse Mouelle Kombi, Caf president Ahmad Ahmad and members of the Local Organising Committee.

Tataw is unarguably one of the greatest Cameroonian players of all time. He was the captain of the famous ‘Class of 1990’ that made global headlines at the 1990 FIFA World Cup in Italy before crashing out at the quarterfinals.

The right-back also captained the Lions at the 1994 World Cup in the USA. The highlight of his career was winning the Africa Cup of Nations in 1988 in Morocco. He played for local clubs Tonnerre Yaounde and Olympic Mvolye before joining Tosu Future in 1995, becoming the first African to play in Japan.

Tataw is now a staff of the Technical Directorate of the Cameroon Football Federation.

Olembe is famous for his five-year stint with Nantes, where he won the French Ligue 1 during the 2000/01 season. Then after came spells with Olympique Marseille (France), Leeds United, Wigan Athletic (England), Al Rayyan (Qatar), Kayserispor (Turkey) and Larissa (Greece), before retiring in 2010.

Currently, he serves as Team Manager of the Indomitable Lions.