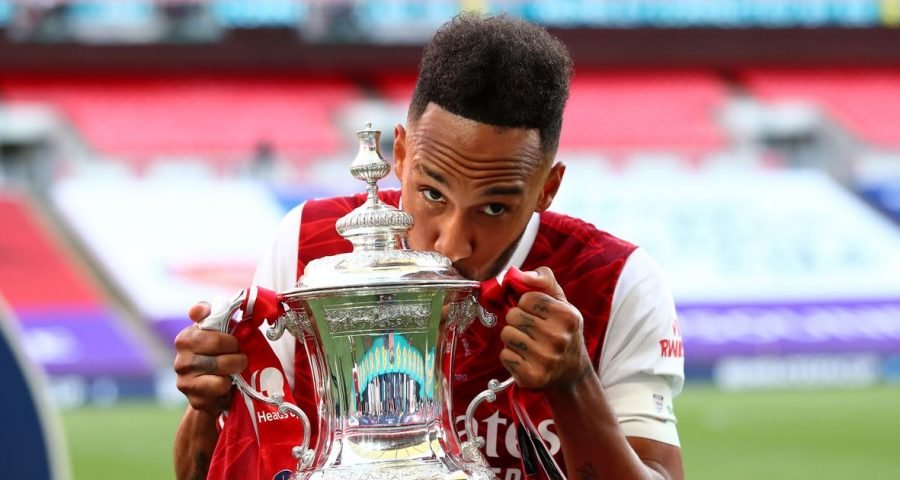 Gabon’s Pierre-Emerick Aubameyang became the first African to captain the winning team in an FA Cup final, as Arsenal beat Chelsea 2-1 at Wembley Stadium on Saturday.

Not only did the 31-year-old French-born striker lead his team to victory, but scored both goals against their London rivals.

“Big games require big moments from big players, and he’s delivered that in the semi-final and he’s done it again in the final,” said Arteta.

“That’s why you ask about those players. Some were questioning that he couldn’t do it in big games. There we go. He was a big, big part of delivering this trophy. He’s done it and we are so proud to have a player like him in your squad.”

With his trophy-winning exploits, Aubameyang is set to sign a contract extension with The Gunners hinted Arteta.

“Everything is based on my conversations with him, how he sees his future, what I expect from him, the team that I want to build around him and the conversations I have with the people who are very influential around him.

“The club, we all respect and admire him, the players are all behind him. We know the players that we have and we have to value him. I think if we reach all of those points, we’ll make progress.”