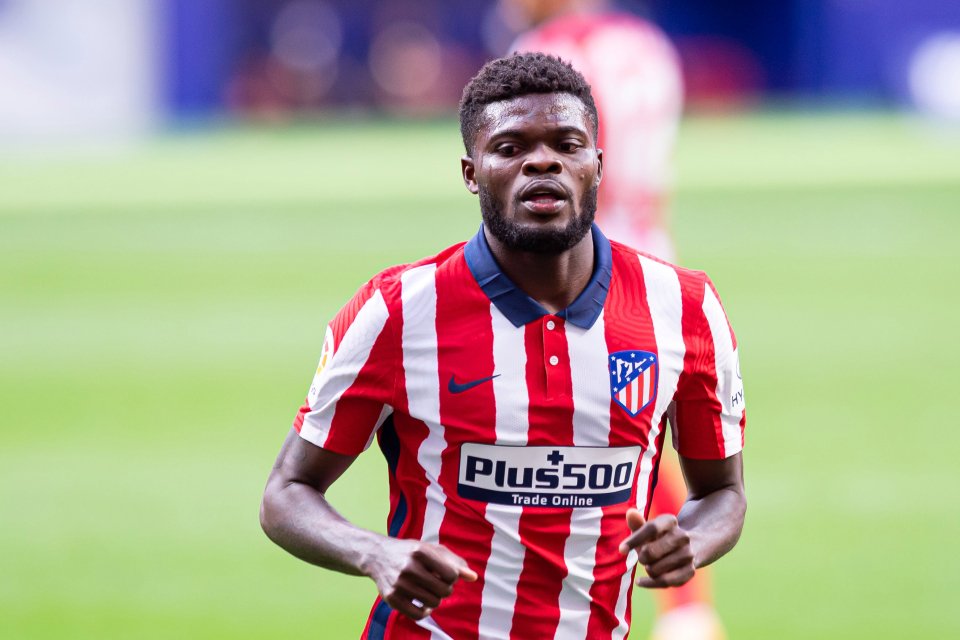 According to sources close to the player, Partey has signed a five-year contract to tie him at his new club until 2025.

The 27-year-old was heavily linked with a move away from Wanda Metropolitano Stadium with the Premier League outfits being the preferred destination.

Following the capture of the African star, technical director Edu told Arsenal’s official website: “Thomas has all the right attributes to be a top player for Arsenal.

“He is a leader on and off the pitch and he is exactly the kind of player and person we want at the club. We already feel like we know Thomas very well based on the work we have done analysing his performances closely in recent times.”

He added that, “With his all-round game and positive aggressive style, he will be a brilliant addition to our squad. We’ve made a strong start to the season and we want to continue to build on this with Thomas now part of our club.”

Arsenal manager Mikel Arteta said, “We have been watching Thomas for a while, so we’re now delighted to add such a high quality player to our squad. He is a dynamic midfielder with great energy.

“He brings a lot of experience from a top club that has competed at the highest level in La Liga and the Champions League for several years.

“We’re very impressed with his attitude and his approach to the game.

“He’s an intelligent footballer and we’re looking forward to him integrating into our system and contributing to the progress we’re building at the moment at the club.”

The arrival of Partey has seen the departure of Lucas Torreira and Matteo Guendhouzi hastened.

Both have joined Atletico Madrid and Hertha Berlin on loan respectively.

The Gunners had eyes on Lyon’s midfielder Houssem Aouar who impressed especially in the Champions League but failed to land the star in good time.

Thomas possesses a wealth of experience in the midfield area and is a great addition to the North London side which is yet to lose a game in the new season.