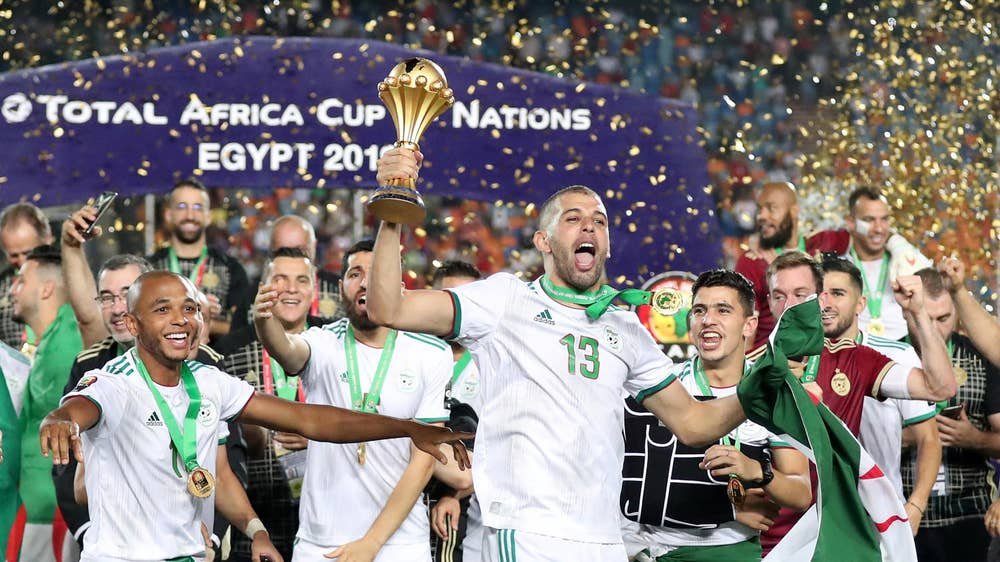 ‘Les Fennecs’, as Algeria are known, led by Djamel Belmadi defied all odds and had a memorable path to their second continental glory.

They had their maiden trophy at home in 1990, after losing the final to hosts Nigeria ten years earlier.

Les Fennecs won their first-ever Africa Cup of Nations (Afcon) trophy when they hosted the tournament in 1990.

They did that in the best of ways, winning all of their five games en route to glory. Algeria opened the tournament with a 5-1 win over Nigeria, before defeating Ivory Coast 3-0 and regional rivals Egypt 2-0 respectively. In the semifinals, they overcame Senegal 2-1, before beating Nigeria once again in the final, this time through Cherif Oudjani lone goal in the opening half.

A 3-0 win over Guinea in the Round of 16 saw them reaching the quarterfinals, where they defeated Ivory Coast 4-3 on penalties after a 1-1 draw in full time.

Riyad Mahrez scored five minutes into injury time as Algeria cruised 2-1 over Nigeria in the semis. In the final, Algeria needed a second-minute goal from Baghdad Bounedjah to defeat Senegal once again 1-0 and claim the trophy in style.