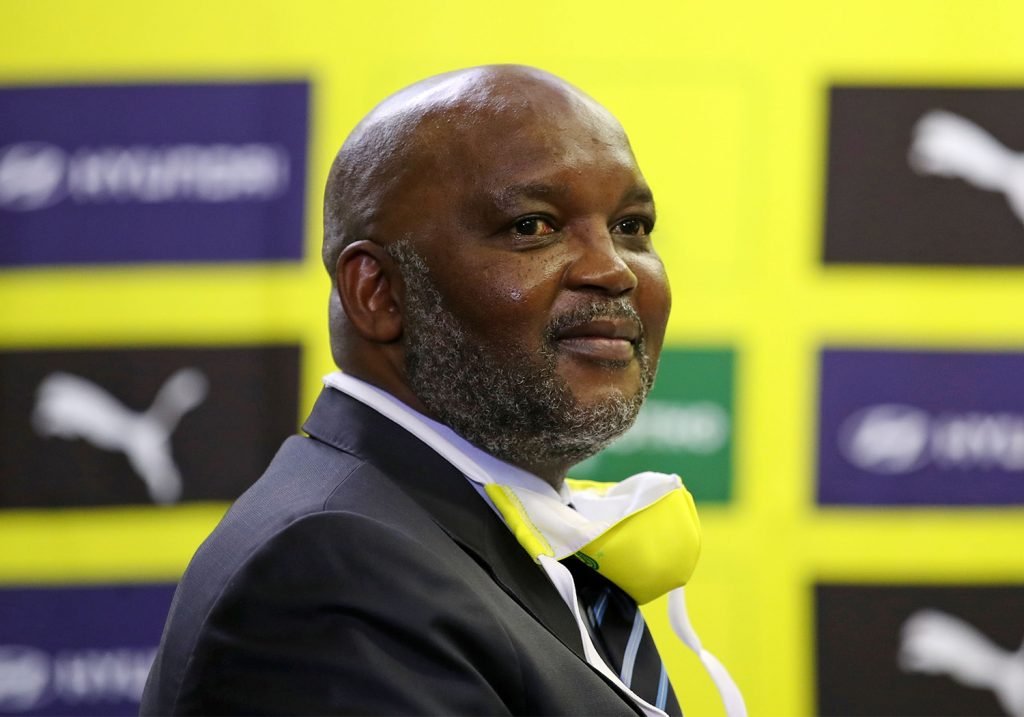 South African football manager and former professional player who is the current manager of Al Ahly the Egyptian club Pitso Mosimane has been honored as the best manager in Egypt by the sports critics Association for his exemplary success with the Red devils.

Pitso Mosimane signed with Al Ahly in October 2020, but ever since signing the deal with them he has had an exciting career with the Egyptian side winning all competition he participated [CAF Champions League and Egypt Cup] apart from the Club World Cup where he finished third.

Mosimane who has reached the Champions League knockout stages Al Ahly, he is lined to face with either Wydad Casablanca, Mamelodi Sundowns or Esperance Sportive de Tunis.

Expressing his gratitude to Association and fans after receiving the accolade the Former South African player did not talk about the Cairo derby that is due next week.

“I’m very grateful to have been awarded the Best Manager Award, and I thank everyone who voted for me,” Pitso Mosimane said in his acceptance speech.

“I accept it on behalf of the players, the coaching staff, the board of directors and the fans.

“I feel here as if I’m at home. I feel welcomed and warmth, and I have a great responsibility with a big team.

“We have a match on Wednesday, and after that I will talk about the derby,” he concluded.

The 56-year-old coach has recently been linked with the South Africa national team coaching job, as he reportedly became the South African Football Association’s main target.

However, it’s quite unlikely that he will leave the Red Castle anytime soon as he’s contracted to stay until June 2022. With Bafana Bafana needing a replacement for Molefi Ntseki before the World Cup qualifiers next June.