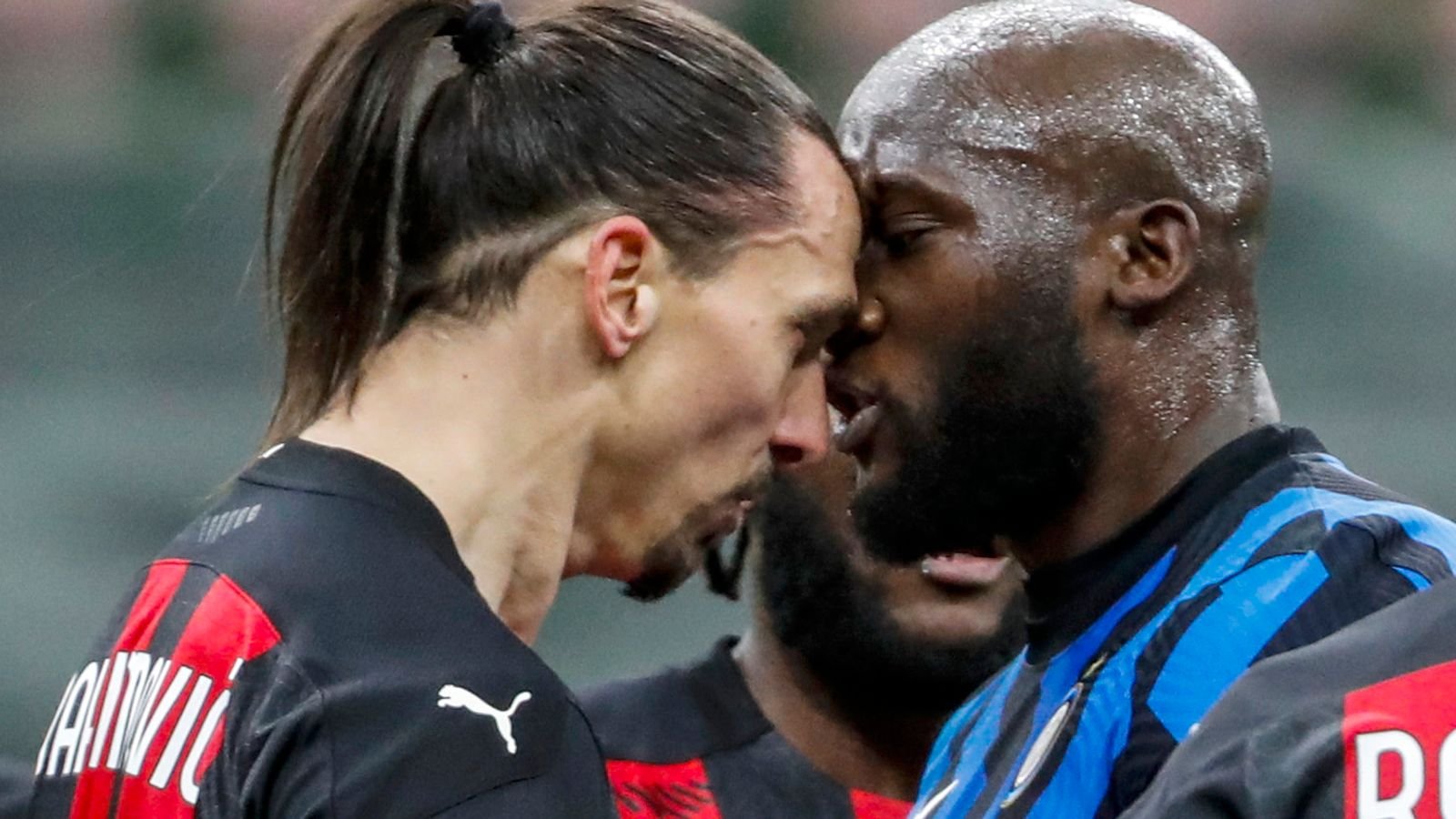 The Rivalry between AC Milan and Inter Milan will see its renewal this Sunday as the two teams enter in a third clash this season pitting star strikers and former Manchester united teammates Zlatan Ibrahimovic and Belgian international Romelu Lukaku.

Inter Milan under Manager Antonio Conte won their Serie A game against Lazio with Romelu Lukaku on target scoring a brace to inspire in a 3:1win over Lazio, one point ahead of Milan who dropped to second after losing to Spezia last weekend.

Andrea Pirlo Men Juventus will be looking for a boost against rock bottom Crotone after following their Napoli defeat with a Champions League last 16, first leg loss at Porto.

Inter Milan have the advantage of being fresher having been eliminated early from European action.

AC Milan returns to Italy after conceding a late goal in a hotly contested game that finished in a 2-2 draw at Red Star Belgrade in the Europa league, a game in which midfielder Ismael Bennacer was injured.

In after match press conference against Spezia AC milan coach said that his team did not play as them and that they were supposed to win.

“Against Spezia it was not the real AC Milan. The important thing is to turn the page,” said Milan coach Stefano Pioli.

It will be the third derby this season with Milan winning the first 2-1 in the league.

Inter won a fiery Italian Cup quarter-final by the same scoreline, a game overshadowed by Ibrahimovic and Lukaku squaring off and trading insults, with the Swede later sent off.

After AC Milan’s Zlatan Ibrahimovic was sent off due to his conduct forgotten man Christian Eriksen fired a dramatic late winner to earn Inter Milan a 2-1 victory in a fiery Coppa Italia quarter-final in San Siro.

The Swedish International was on target that day as he started in typically clinical fashion in front of goal after the evergreen Swede superbly fired home in the 31st minute to give Milan the lead his eighth goal in seven appearances for Milan against Inter in all competitions.

Zlatan Ibrahimovic was booked close to a competitive first half after clashing with Inter’s Romelu Lukaku, with the pair, former team mates at Manchester United, continuing their argument down the tunnel at halftime.